Robbie Henshaw and Conor Murray have both been ruled of the remainder of the Autumn International series.

Henshaw injured his hamstring in the warm-up before Ireland's clash with Argentina on Saturday. The Leinster back will undergo a rehab programme in the coming weeks.

It's the second major injury blow for Joe Schmidt; the luckless Seán O'Brien broke his arm 38 minutes into the win against the Pumas. The Carlow man had surgery this morning.

Meanwhile the Murray 'will he/won't' he saga has reached its logical conclusion.

Murray will not come into the camp for either this Saturday's clash with world champions New Zealand or the final Test of the year against the USA seven days later. 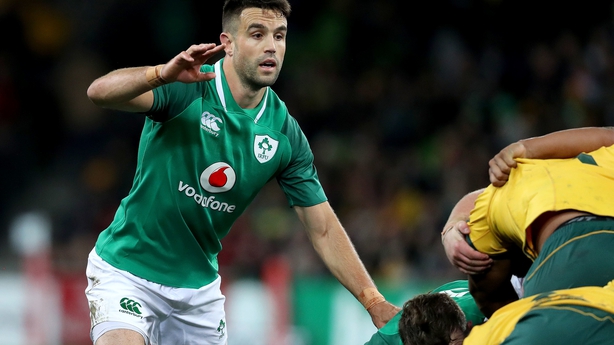 The scrum-half will continue to train with Munster ahead of a return to action from a neck injury in the coming weeks.

It's expected the remainder of the squad will train in full tomorrow and again on Thursday.

Kieran Marmion - who limped out on Saturday with an ankle knock - Garry Ringrose and Rob Kearney will take full part and should be available for the clash with the All Blacks at the Aviva Stadium.