Joe Schmidt doesn’t subscribe to the idea that Ireland would be better served in the long run by trying to keep secrets from New Zealand on Saturday.

Ireland have never been past a World Cup quarter-final but the general consensus is that the squad assembled by Schmidt has a real shot at ending that duck in Japan this time next year.

Should the 2018 Six Nations champions qualify for the knockout stages, from a pool containing Scotland, Samoa, Russia and the hosts, they could meet the All Blacks as soon as the quarter-final stage.

Some pundits believe that it might be better for Ireland not to show their full hand to Steve Hansen as it would give the world champions a year to come up with an antidote.

It’s not a theory that Schmidt has any faith in.

"Whatever we’ve got now has to be better in 12 months. You can’t hold things back.

"If you are holding things back you, are holding yourself back because you are not getting an opportunity to put into practice what you are trying to develop.

"Put it in the Test arena, surround it with a vocal, supportive group and then look to deliver what that group is looking for." 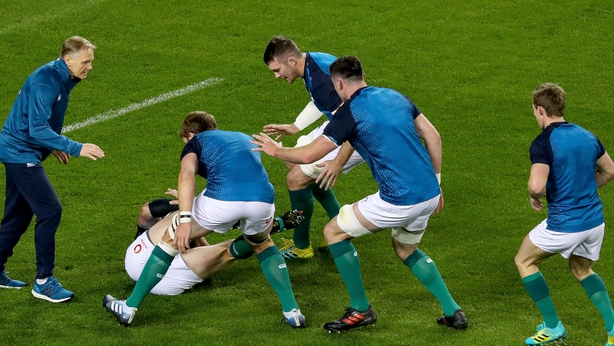 The 53-year-old Kiwi, who will decide on his Ireland future at the end of the month, said he believes New Zealand’s strength lies in the group as a whole.

"That collective they bring, they work hard for each other. You meld all that into a black jersey that they take incredible pride in wearing, and you are up against it.

"At the same time, they will play the game in whatever way is required.

"They are down against South Africa [in the Rugby Championship], surely they must lose this Test.

"They don’t have to play to some stereotype. They’ll play and they’ll be very pragmatic at times.

"With ball-carriers like Brodie Retallick, like [Ardie] Savea, in those last couple of games in the Rugby Championship,

"Kieran Read, you’ve got to be careful if you don’t count him as a ball-carrier alone because he’s very good at that, but he’s a great ball distributor.

"When their back row gets into play, supplemented by some of the backs they’ve got...you give half an inch to Rieko Ioane and he’s gone.

"You give a whole inch to Waisake Naholo and you never saw him in the first place.

"And that’s not even counting the likes of Ben Smith.

"The athleticism they have and the confidence that gives them. They have a real clarity about what they stand for, about who they are and how they want to leave the jersey behind for the next guys so all those elements feed into what becomes an incredibly difficult team to beat." 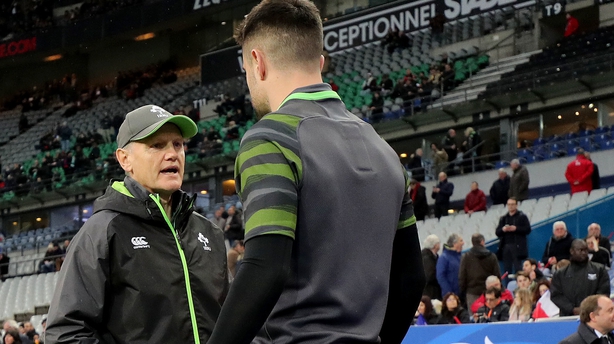 Meanwhile, the intrigue about whether or not Conor Murray will jump back into the team, having not played since late June, continues with Hansen saying yesterday that he believes the Munster man will feature.

After the win over Argentina, Schmidt told RTÉ Sport that he would let the 29-year-old, who suffered a neck injury, decide if he feels up for it or not.

If that is the case – that the call is in fact Murray’s – then it would seem more likely than not that he will play against New Zealand, who beat England 16-15 on Saturday.

Speaking ahead of the Pumas games, Schmidt was asked if he is the type of player who could overcome the lack of game time, he said: "Absolutely, based on his training [in the week before Italy].

"He just slotted straight in. His game-rhythm didn’t look to have suffered.

"He’s played very consistently over a number of years. Sometimes it’s not the worst thing to have a bit of a break from the game and come back with renewed enthusiasm, energy, that was apparent to us last week.

"I don’t think that break has been deleterious is effecting his potential performance in the not-to-distant future."

Speaking before the squad was announced, Murray said: "It will be tough to miss but if I'm missing this and if I'm not picked and I'm getting myself properly fit, there's a lot of big things down the line that you can eye up.

"If you push this injury, get back early and take a bang again and not be fully ready it, you can derail that whole thing.

"So, I’ve got to be realistic and take the time. It's not enough you get a bit of breathing space to get yourself fully right.

"It's the next few weeks that I'll be back playing and we won't be talking about this."

In other injury news, Schmidt said that he expected Rob Kearney and Garry Ringrose to train today, both missed out against Argentina with injury.