The memories of infamous World Cup defeats by "bogey" side Argentina still scar the Ireland team, according to Brian O'Driscoll.

On three occasions in crucial knock-out games, 1999, 2007 and 2015, Los Pumas have pulled off shock results against favoured Irish sides.

O'Driscoll played in the first two of those World Cup losses but had retired before the last meeting, in Wales three years ago.

Outside of the World Cup, Ireland haven't lost to the South Americans since a summer Test in 2007, and this time last year beat Argentina in the final November game.

While much attention has been on the visit of New Zealand on Saturday week, O'Driscoll reckons tomorrow's game serves as a perfect appetiser.

"I think Joe really feels as though Argentina are still a bogey team for us, he’s still scarred from that World Cup quarter-final," O'Driscoll, speaking at a Guinness event, said.

"They’re a side to be reckoned with, they play some great rugby.

"They’ll a little bit porous in defence but you can fix that. What they can do in attack is very exciting and I think they will really test us. 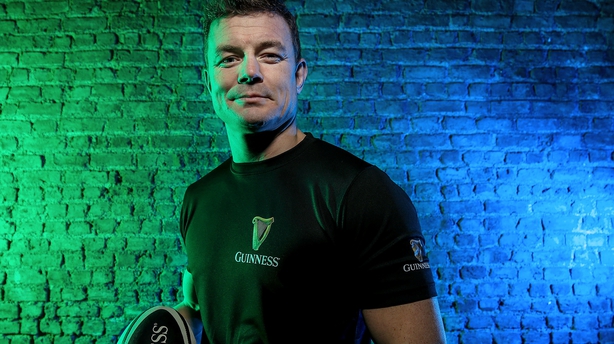 "They’re the sort of side who need to test us. It’s great because our one Achilles heel is that we go narrow and they will exploit that if we go narrow."

And the former Leinster and Ireland centre insists that despite the vista of the world champions on the horizon, inside the camp, the focus will have been on Mario Ledesma's side, who are coming off the back of their best ever showing in the Rugby Championship.

"I don’t think Joe allows [them to lose focus] in that environment," said O'Driscoll.

"Don’t get me wrong, they’ve talked about the All Blacks already in November camp.

"Those players [who] stayed around [when the rest of the squad went to play Italy in Chicago] and that are going to be largely involved in that All Blacks game, they did analysis on the All Blacks, they talked about it prior to getting into camp.

"This team have the capability of doing that, of having a day [on] one side and then parking that.

"Ultimately for most of this week I’d imagine they’ve only been talking about Argentina, maybe they’ve given an hour to the All Blacks but I’d imagine [it's] parked and they’ll pick that up again on Monday."

Follow Ireland v Argentina via our liveblog on RTÉ.ie/sport and the News Now app, watch live on RTÉ2 and the RTÉ Player or listen to live commentary on RTÉ Radio 1 this Saturday (kick-off 6.30pm).