Saturday's game is a big test for Sean O'Brien, a key moment in his career.

Is he the first-choice openside on form in that back row?

I'd say Josh van der Flier and Dan Leavy might have something to say about that, even Rhys Ruddock to an extent.

He hasn't been firing on all cylinders for Leinster, he's not the same barnstorming player we saw on the Lions tour in 2017.

His injury problems this year have been well documented and he needs to get back up to speed, starting with Argentina at the Aviva in the first of the Guinness Series games (Live on RTÉ2, kick-off 6.30pm).

Joe Schmidt is saying to him, "okay, you've had a few games for Leinster, let's see your mettle when it comes to a big international game".

Having two very experienced lads beside him in Peter O'Mahony and CJ Stander doesn't hurt. They'll share the workload but I'm expecting a huge game from Sean. 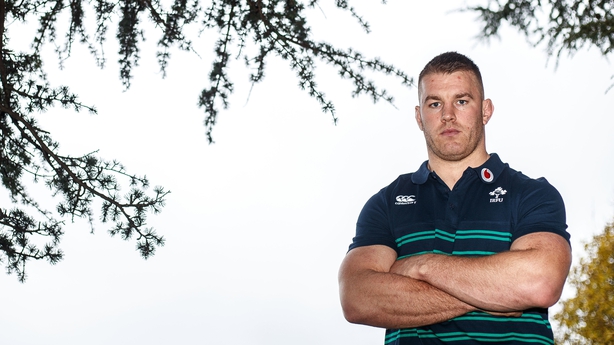 When Joe picks guys like this, they tend to perform, and Sean, as much as anyone, knows how to turn it on on the big stage.

And if he turns in a 'Sean O'Brien Performance' then I expect him to keep his place for the All Blacks next weekend.

New Zealand actually hold him in high regard. Argentina is a big game for Sean because those guys behind him are young and enthusiastic, have lots of ability and are not going to roll over just because it's Sean O'Brien.

I'm surprised Tadhg Beirne didn't get his name somewhere on the sheet.

I know Jordan Larmour got man of the match against Italy but, speaking as a forward, Beirne's work-rate, his carries, his offloads were really good and I thought that would get him onto the bench ahead of Devin Toner, who also played well off the bench in that game.

Many people would have expected Luke McGrath perhaps – based on his Leinster form and his try-scoring – to start this game.

However, his box-kicking was very average against Italy, he knocked one on in the backfield, and missed a tackle. 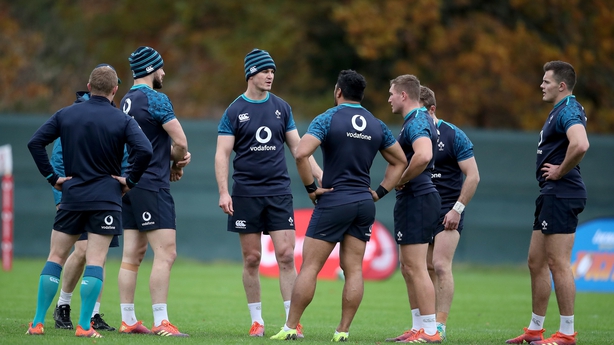 A lot of Ulster fans won't be happy that John Cooney didn't make the cut this time but Kieran Marmion has served his time behind probably the best scrum-half in the world in Conor Murray and deserves his shot.

Even though he has 22 caps, everyone remembers him for jumping on to the wing against Australia in 2016 and doing a really good job – the head coach certainly hasn't forgotten that.

I know Joe said at today's press conference that Rob Kearney and Larmour will be fighting for the 15 shirt next week but if Rob is fit next week I don't think that it's between him and anyone, it's his place.

Joe always goes back to the tried and tested for the big games. Against the All Blacks he needs people he can trust and Kearney has earned Joe's trust.

He just makes the right decisions at the right times.

Whenever I've played against Argentina, the cornerstone of their game plan was a really strong scrum, a strong maul. Very, very physical. I won't say dirty but they were very physical and made life difficult.

Now they seem to have gone away from that and their biggest threat comes from out wide through Ramiro Moyano and Emiliano Boffelli. They have a great out-half in Nicolas Sanchez, with his kicking game. You are going to see some more wide play. 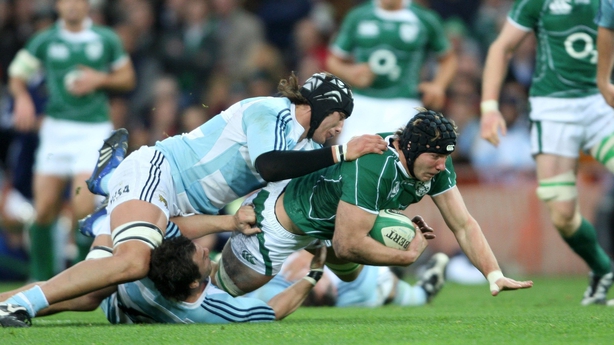 They scored an average of 25 points per game in the Rugby Championship, however, they conceded 33 points per game. In years gone by they were happy to stick it up the jumper and grind teams down but that's changed.

They are very passionate and never lie down.

It's going to be a thrilling Test match but any team that concedes like that against the big teams, of which Ireland are one, are in trouble.

If the weather brightens up, I can see Ireland notching up 35-40 points and restricting the Pumas to a couple of tries.

Stephen Ferris is an analyst on RTÉ's coverage of Ireland v Argentina. Follow via our liveblog on RTÉ.ie/sport and the News Now app, watch live on RTÉ2 and the RTÉ Player or listen to live commentary on RTÉ Radio 1 this Saturday (kick-off 6.30pm)