Munster held on for a narrow Guinness Pro14 win in Bloemfontein, pipping the Cheetahs 30-26 in Conference A.

Johann van Graan's men had three tries on the board by the 45th minute when Gavin Coombes added to first-half efforts from Arno Botha and Kevin O'Byrne.

But the hosts tuned the game on its head with three tries in an 11-minute spell and Munster required a try from Mike Haley on 69 minutes to regain the lead.

Rory Scannell hit a late long-range penalty to push the lead out to four, forcing the bottom-of-the-table side to look for a try with time running out.

A late knock-on spoiled their chances and Munster came away with all five points to move into second place behind Glasgow Warriors.

Centre Tyler Bleyendaal said: "Our set piece was great today, we got some crucial penalties.

"We got broken a few times but I think that's a given playing the Cheetahs."

A change to our side sees the West Cork contingent up to 3! Liam Coombes joins cousin Gavin & Fineen Wycherley for #CHEvMUN

The Academy winger starts on his @PRO14Official debut.

Meanwhile, Gethin Jenkins brought the curtain down on his illustrious playing career in Cardiff Blues' convincing 37-0 victory over Zebre at the Arms Park.

Prop Jenkins, capped 129 times by Wales, came on in the 57th minute to make his 195th appearance for Blues, who scored five tries to pick up a valuable five points in the hotly-contested Conference A.

The win avenged Blues' shock 26-24 defeat at Zebre, but the hosts lacked any fluency behind the scrum where the likes of Willis Halaholo, Gareth Anscombe and Jarrod Evans were badly missed. 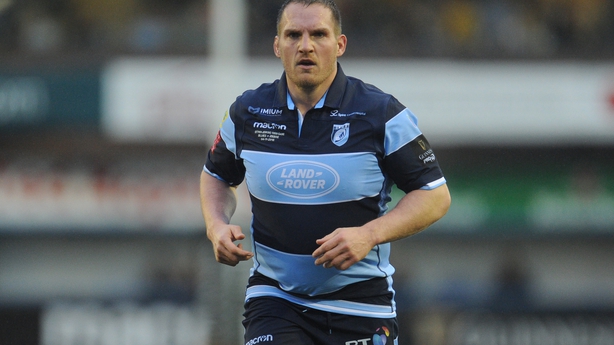