Versatile Ireland back Will Addison is aiming to build on his international debut as he looks to force his way into Joe Schmidt's plans for the month ahead.

Addison, who left Sale Sharks for Ulster during the summer in a bid to play international rugby, came off the bench in Ireland's 54-7 win over Italy in Chicago on Saturday.

The 26-year-old slotted in at full-back but has shown the ability to play across the back-line, which is seen as a major plus by Schmidt.

Addison is Irish-qualified through his mother who hails from County Fermanagh, and having made his first appearance for his adopted country, is eager to wear the green jersey more often. 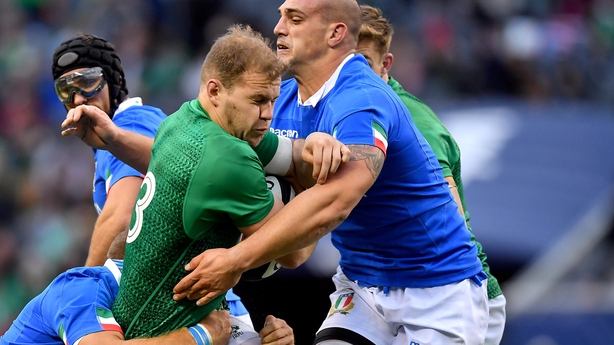 "I've got this taste for it now and I'm just looking to kick on again," Addison, who replaced Jacob Stockdale in the 61st minute, said.

"I’m delighted, it’s amazing to do it in such an arena, with the history that we’ve got here, and to have Mum and Dad here made it even better.

"First things first, we've just got to get back and recover now and then on Monday we'll get stuck into things again and I'll be putting my hand up in training and trying to get in the mix.

"But we've got a very competitive squad here and guys like Jordan Larmour playing out of their skin already, so there's a target on people and you've got to go and earn your keep here. So yeah, I'm looking forward to next week.

"It’s been a tough road but with all the hard work...I’m just overwhelmed now to have that jersey, it’s been a long road but I’m delighted now I’m here. I’m definitely [hungry for more]." 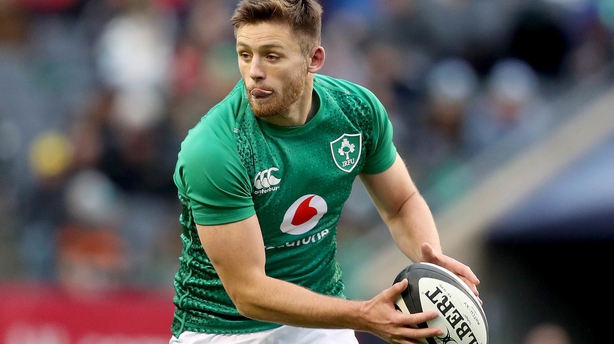 Fellow first-timer Ross Byrne, who travelled to Australia for the summer tour but was unused, was equally delighted with his bow, coming on for Joey Carbery at the same time.

"It’s an amazing feeling to finally get that first cap so [I'm] delighted," he told Irish Rugby TV.

"It came eventually, which is nice. It was a very tough first half. The game was a bit stop-start in the second half. We’ve a bit to work on, we’re happy and we move on.

"Hopefully [I’ll kick on from here]."

Addison admitted that leaving Sale, who he captained, was a tough decision but that it was made worthwhile by playing on the international stage.

"Honestly it was a huge decision to leave a club I loved at Sale and had some great memories from there and close friendships and being captain, it was tough to leave," he said.

"But once I made the decision to leave, I put everything into making it the right decision and luckily I've been rewarded with this experience, but I need to do a lot more to make the decision worthwhile.

Despite the fact that he is very much a fresh face in the Ireland squad, Addison has already made a positive impact and added that there is much more to come - both from him personally and this Ireland team.

"You probably ask anyone in the squad and there's a lot of inner drive," Addison said.

"Everyone has got their own motivations and I had a big decision to make back in April, and thankfully things are going in the right direction.

"But it's through hard work that you've got to keep making it the right decision."