Scott Fardy will captain Leinster for the first time in a competitive fixture as they face the Southern Kings in the NMU Stadium on Sunday.

Fardy stars in the second row with Ross Molony in a side with seven personnel changes to the starting XV that secured a bonus-point win away to Benetton Rugby last weekend in Treviso.

Dave Kearney returns from injury to make his first start since the home win over Dragons in September. Adam Byrne and Joe Tomane retain their places in the back three from last week.

Rory O'Loughlin, once again, starts at outside centre, while Conor O'Brien, who made a try-scoring appearance from the bench last week, starts in the 12 shirt.

The final change to the back line sees Noel Reid come in to start at out-half, with Jamison Gibson-Park completing the half-back pairing.

There are two changes to the Leinster front row as Ed Byrne and Michael Bent come in, with James Tracy, once again, named as the starting hooker.

In the second row, Fardy swaps from loose-head to tight-head side, with Molony coming in for James Ryan.

Finally, in the back row, Josh Murphy will start at blind-side flanker in place of Seán O'Brien as Dan Leavy and Max Deegan keep their places from last weekend.

On the bench, Vakh Abdaladze, Ciarán Frawley and Tom Daly are all in line to make their first appearances of the season for the senior side should they be called upon. 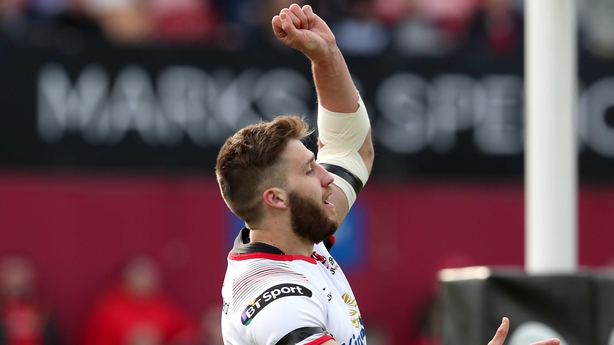 James Hume will make his first start for Ulster in Saturday’s trip to face Benetton Rugby at Stadio Monigo.

He will be joined in the backline by fellow Academy player Robert Baloucoune, who made an accomplished debut in the win versus Dragons last weekend.

Stuart McCloskey, released from Ireland squad duty along with Rob Herring this week, will partner Hume in midfield, while Billy Burns has recovered from injury to partner Dave Shanahan at half back.

Baloucoune is joined by Henry Speight and fullback Peter Nelson in the back three.

Up front, Herring will pack down alongside Eric O’Sullivan and Marty Moore, with skipper Alan O’Connor partnering Kieran Treadwell in the second row. M

John Andrew, Andy Warwick and Tom O’Toole are the front row reinforcements, while Clive Ross and Greg Jones, who impressed off the bench last week, will provide additional forward cover. 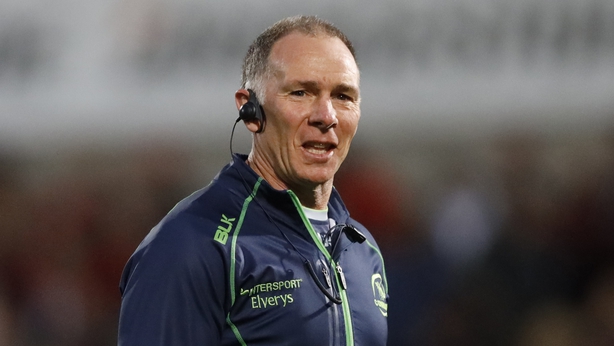 Connacht are forced to make a number of changes for their clash with the Dragons in the Sportsground on Saturday at 5:15pm.

However Andy Friend is boosted by the availability of Kieran Marmion who starts at scrum-half as he prepares for the upcoming home November internationals.

Marmion has a new half-back partner with David Horwitz set to make his first start for the province at out-half. Kyle Godwin also comes into the midfield where he partners Tom Farrell.

In the back three there is a start for Colm De Buitléar on the wing, with Cian Kelleher on the opposite wing and Tiernan O’Halloran at full-back.

In the forwards, Conor Carey steps in for Finlay Bealham while James Cannon comes into the second row for Quinn Roux.

The only other change is in the back row where captain Jarrad Butler starts at number 8 with Colby Fainga’a slotting in at openside. 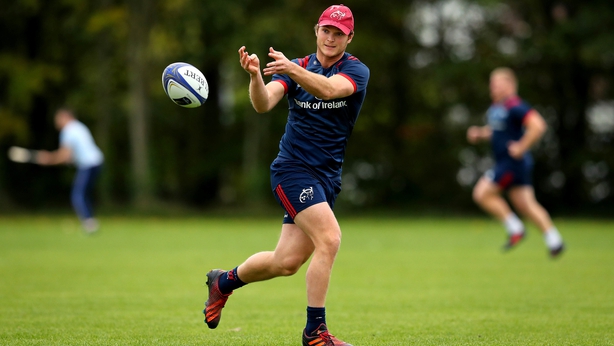 Tyler Bleyendaal will captain the Munster team for Sunday’s clash against the Cheetahs at Toyota Stadium, kick-off 2:45pm.

Bleyendaal takes his place at inside centre with Bill Johnston and Fineen Wycherley making their first starts in the competition.

There are nine changes to the starting XV that secured a last-gasp win over Glasgow in Limerick last weekend.

Four changes to the backline see Shane Daly, Alex Wootton, Bleyendaal and Johnston all come into the side.

Mike Haley continues at full-back as Academy player Daly starts on the right wing with Alex Wootton, a try-scoring replacement in the win over Glasgow, on the opposite flank.

Bleyendaal makes his 40th appearance for Munster and features in the Pro14 for the first time since February with Sammy Arnold completing the centre partnership.

Alby Mathewson and Johnston combine in the half-backs.

James Cronin joins O’Byrne and Archer in the front row with Jean Kleyn partnering O’Shea in the second row.

Wycherley and Botha are joined by Chris Cloete in the back row.