Will Carling is to join England's management team this autumn as a mentor to senior players as Eddie Jones seeks to build a bridge to the nation's "great past".

Carling starts the part-time role next week and has been given the brief of developing the skills of the leadership group spearheaded by co-captains Dylan Hartley and Owen Farrell.

It is a surprise move by Jones, who believes the experience accumulated during 59 appearances as England skipper in a reign that produced three Grand Slams and a World Cup runners-up medal will be of benefit.

Jones has frequently identified inadequate "leadership density" as one of the shortcomings of his squad. If the appointment proves a success, Carling's involvement could extend until Japan 2019.

"I have met Will continuously over the last two years and I think he can add value to the senior players in the squad with his experience," Jones aid.

"He joins the great past of England to the present. It is a similar thing to what the All Blacks have done with great players and I think Will can play that role for us.

Back by popular demand ??

"Will is bit of a specialist in leadership. He understands what made English rugby great so combining the skill of leadership with the knowledge of English history is a nice resource for us to have."

The Australian continued: "I've thought about doing this all along, particularly because I'm not English.

"I can't preach to the players about having pride in England. I don't attempt to. I have always said that. I've thought that we have had possibly a gap in that area."

Among the tasks facing Carling will be burying the hatchet with Richard Wigglesworth, who reacted angrily to criticism levelled by the former Harlequins centre against Stuart Lancaster's team during the 2015 World Cup.

Wigglesworth, a member of that England squad and the current one, responded pointedly to Carling's newspaper column, declaring, "If he hasn't been involved in professional rugby for how long, let's have a meaningful discussion about his knowledge, about what he knows about the game".

One of Carling's successors in England's midfield is edging closer to making his first Test start since 2014 after placing a succession of major injuries in the rear-view mirror. 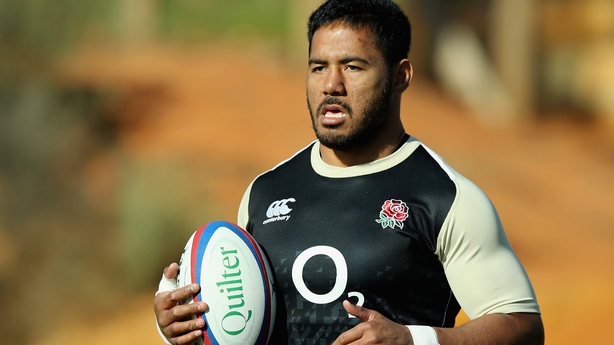 Manu Tuilagi is poised to start Saturday's opening Quilter International at outside centre and his return is eagerly awaited.

Leicester team-mate Ben Youngs is among many to welcome back the Samoan-born wrecking ball.

"People are getting excited about Manu being back in the squad and they are right to be excited. He is a game-changer," Youngs said.

"Those first engagements are always pretty ferocious, but hopefully he is going to be involved. He's going to attract defenders, so then we can either use him as a decoy or as a punch guy for us. It's really exciting."