Argentina will be playing three Tests in Europe in November but the resurgent Pumas, coming off their best ever Rugby Championship campaign, are focused solely on their opener against Ireland.

Coach Mario Ledesma, who guided Argentina to two wins in the Championship for the first time since they joined the southern hemisphere's elite in 2012, is expecting "intensity, intensity, intensity," from Joe Schmidt's side in Dublin on 10 November.

"They are a team that can compete mano a mano," he said of the Irish, who are ranked second in the world, seven places ahead of the Pumas.

Ireland halted New Zealand's 18-match winning streak in Chicago two years ago and brought to an end a similar run from England to deprive their rivals of a Grand Slam in 2017. 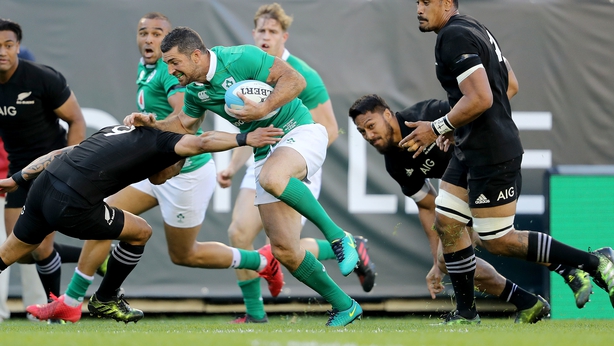 They have lost only two of their 14 Tests since that victory over England, are the current Six Nations champions, and beat Australia in a Test series in June.

Argentina beat an injury-depleted Ireland in the quarter-finals of the 2015 World Cup but lost 28-19 on a freezing day in Dublin last year, going 20-0 down before launching a spirited fightback that ultimately came up short.

Argentina also play Tests against France in Lille on 17 November and Scotland at Murrayfield a week later before playing the Barbarians at Twickenham on 1 December, when they head north after a bittersweet Rugby Championship.

After recording victories over South Africa and Australia, they blew a chance to make it three wins out of six with a disastrous second-half performance in their final match against the Wallabies. 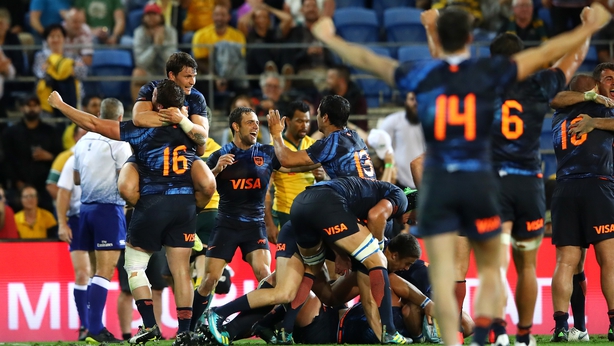 Ahead 31-7 at halftime, the Pumas lost 45-34 after what was the second-biggest collapse in international rugby history.

One of the changes following that defeat will take effect on the November tour after Ledesma appointed Pablo Matera as captain in place of Agustin Creevy.

Ledesma, in his first season in charge, said the change was no reflection on the 33-year-old Creevy and stressed that the hooker would keep his place in the team.

"We wanted a new voice, more in tune with the way we work and it seems to me that Pablo is the best leader to take us where we want to go," Ledesma said.

Rampaging flanker Matera, who also captains Super Rugby side the Jaguares, has 55 tests under his belt but is still only 25-years-old.

Stade Francais prop Ramiro Herrera is the only European-based player in Argentina's provisional squad of 38 for the Tests, although inspirational fly-half Nicolas Sanchez will also join the Parisian club after the tour.

Uncapped youngsters Lucio Sordoni and Mayco Vivas were also included to bolster the back row.