A new format has been agreed by the Rugby Football Union, Premiership Rugby and Rugby Players' Association, and will see the Gallagher Premiership, which has traditionally run from early September to the end of May, start and finish later.

England's summer tours will take place in July rather than June to leave August as the only month clear of rugby.

On two of the four years, however, the World Cup and Lions tours mean internationals will also be scheduled in August - resulting in seasons spanning 12 calendar months.

As a result, Lions tours will shorten by one week to five weeks, featuring eight matches and that reduction on tour time and in preparation time has Jackman concerend.

"The Professional Rugby Players Association really need to have a look at this because it well effect the chances of English players getting picked initially and also potentially making the Test side.

"That’s something that might not be evident now because the Lions Tour is a bit away but it would be terrible for those players and terrible for the future of the Lions if you can’t have England because I’m sure that England contribute a lot financially to it and playing squad wise.

"I know Warren Gatland after the last Lions Tour was very worried about the preparation time that he had as it was and this would cut that even further.

"The Welsh, Scottish and Irish unions still have very much control of their game but in England that balance between union and club power seems to be swinging towards the clubs and that would be detrimental to something like the Lions, which relies hugely on the historical legacy rather than the income week to week." 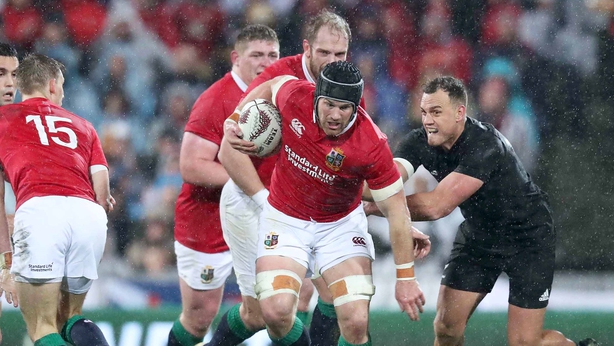 Jackman pointed to the control that the Premiership clubs wield as the driving factor behind the changes and while it may suit those clubs to diminish the importance of the Lions Tours, the Dragons head coach believes that both players and supporters would be the ones to suffer.

"The [the English clubs] own the players’ contracts, but having said that, it’s about the players working together as a group and being able to use their players’ association to potentially renegotiate or restructure the calendar for the one year in four that the Lions Tour is on.

"For the last Lions Tour I know that Warren Gatland had players over training in Wales that weren’t involved in the final stages of the European Cup and the PRO14, so there was staged preparation.

"But realistically a week before the tour starts, for the English club players to be still playing would be really detrimental to the preparation and that can affect the competitiveness and eventually could ruin the whole concept.

"The Lions are under pressure for commercial reasons, for player welfare reasons, but I think you speak to any player or any rugby fans, I think 90% would agree that it’s something worth persevering with."