The news that Conor Murray isn’t ready for a return to action just yet means that one of Kieran Marmion, Luke McGrath or John Cooney will get the nod to start against New Zealand in just over three weeks’ time.

They have massive shoes to fill.

When you consider the impact and influence that Murray had when Ireland gained their one and only win over the world champions in Chicago in 2016, the task seems a lot harder without the Munster man.

Then consider that Murray was outstanding for the Lions during their drawn series last year and scored a try in the middle-Test victory.

He’s an Irish name, one of the few, that the All Blacks players know.

There’s no sugar-coating it, it’s a huge blow to Ireland’s chances but one that was on the cards.

Murray, holder of 67 caps, told RTÉ Sport that he’s a few weeks off a return and so Ireland will take on Italy, Argentina, New Zealand and the USA with a trio of number 9s, who have 30 caps between them.

"Me, over the last few seasons, I’ve started quite a number of games and played a quite a few minutes for Ireland.

"Those lads have been flying it for their provinces.  They’re going really well.

"That’s going to be the tough part of this November, watching those guys play well. They’re good players. That’s the way it is."

All games are equal, according to the soundbites, but the reality is that whoever gets the nod to face Steve Hansen’s side in Dublin on 17 November will be Ireland’s de facto second choice number 9 with a year to go to the World Cup. 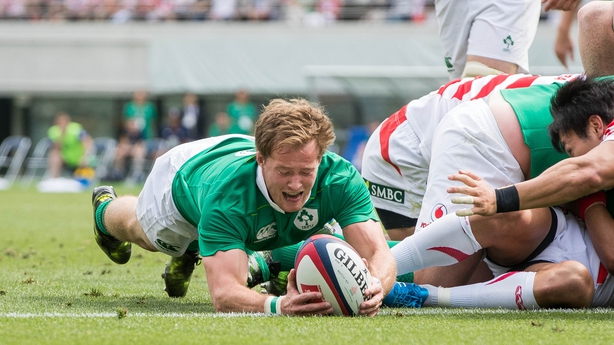 The Connacht scrum-half is a Schmidt favourite. And with good reason. Twice over the last few years he has been called upon in an hour of need and stood up to the task.

When Ireland beat Australia two years ago in Dublin, Marmion found himself out of position on the wing. He pulled off a try-saving tackle on David Pocock and merited special mention from the boss afterwards.

"His impact tackle on David Pocock to dislodge the ball forward was phenomenal," said the head coach.

Just a few months later, when Murray was sidelined with a shoulder injury, it was Marmion who got the nod for Ireland’s slam-buster against England in Dublin.

Again, he delivered in a 13-9 win that included another try-saving tackle, this time on Elliot Daly. 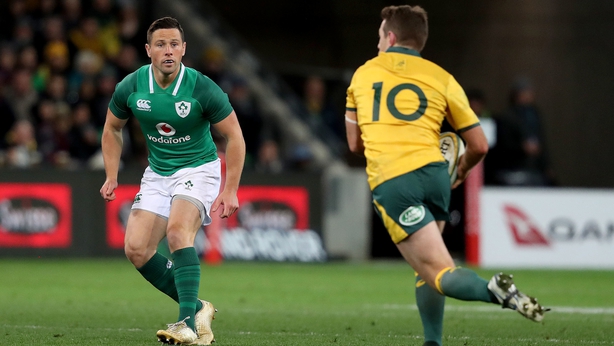 If John Cooney was picking the team, he’d be in it, and that’s when Conor Murray is fit. Confidence is part of the Dubliner’s make-up and it suits his game.

He’s on the record as saying he was disappointed not to make the last November series or Six Nations squads and only got a few minutes in the centre when winning his second cap against Australia in the second Test.

"It was good to get on, of course," he told The Hard Yards.

"But I would have had goals before the tour - starting games or getting to play a bit more - but that's life and things don't always go the way you want them to. I was pleased that I made the tour."

After spells with Leinster and Connacht he has found a home with Ulster, where he has stepped into Ruan Pienaar’s shoes almost seamlessly.

He has continued his fine form this year for Ulster and twice kicked late winners in Pro14 games. 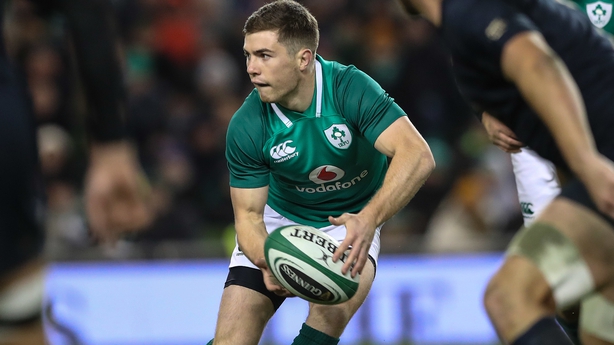 McGrath didn’t make the squad for the summer tour of Australia despite playing a starring role in Leinster’s clean sweep of Pro14 and Champions Cup titles.

He only featured in one Ireland match-day squad for the Six Nations, where he was an unused replacement in France.

For a man who has featured in so many crucial games alongside Johnny Sexton - and regularly performing at high levels in winning teams - he might have grounds to argue the toss about his ranking in Schmidt’s plans.

Who should be the @IrishRugby starting scrum-half against the @AllBlacks? #rterugby