Leinster's failure to manage the game properly when in front at a crucial period in the second half was ultimately their undoing in narrowly losing to Toulose, says Shane Byrne.

A thrilling Heineken Champions Cup clash at the Stade Ernest Wallon saw Toulouse prevail by a point with Maxime Medard's second try of the day the decisive score.

Roared on by a boisterous home crowd, the winners, who like Leinster have four European titles to their name, started well and were 14-0 inside the first quarter. However a Sean O'Brien try and a pair of penalties converted by Jonathan Sexton reduced the deficit.

Reflecting on the contest, former Leinster and Irish international Byrne told RTÉ Radio 1's Morning Ireland: "I don't think anybody expected Toulouse to play like they did.  They came out all guns blazing at the very start. In years gone by you just had to weather that storm.

"But they kept going and in fairness to them every time Leinster scored or did something positive they responded." 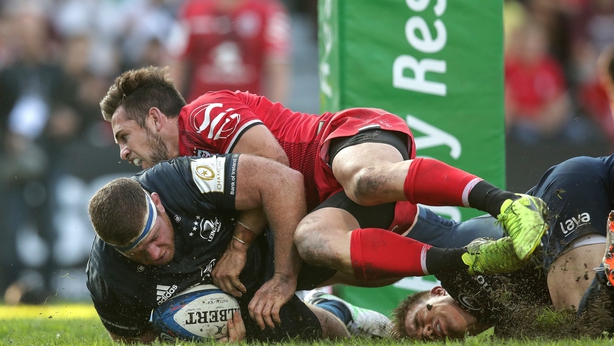 When the Irish province finally hit the front following a Sean Cronin try, Byrne was critical of their play in the minutes that followed.

"Quite simply, they managed the game badly," he added.

"They kicked the ball away. They were issues at the turnover, lots of missed tackles.

"That ten-minute period was where they lost the game and that's where most of the criticism will be aimed at."