A quad injury picked up in the 52-3 demolition of Wasps last weekend means Rob Kearney will sit out the game at Stade Ernest Wallon, which means a rejig of the back line.

Jordan Larmour moves to full-back, with Tomane occupying the right-wing spot and James Lowe holding onto the 11 jersey after his scintillating performance against Wasps.

It’s as you were elsewhere in the backs with the same combinations selected by Cullen with Robbie Henshaw and Garry Ringrose in the centre and Luke McGrath and captain Johnny Sexton in the half backs.

It is the same pack that started the game at the RDS.

Cian Healy, Seán Cronin and Tadhg Furlong are again in the front row with Devin Toner and James Ryan behind them in the second row.

Rhys Ruddock – a late call up last week for Dan Leavy who injured himself in the warm-up ahead of Wasps – starts at blindside flanker, with Josh van der Flier and Jack Conan completing the pack. 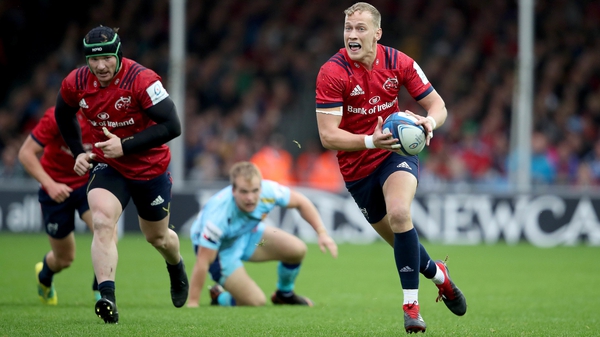