Gloucester head coach Johan Ackermann wants his first visit to Thomond Park to be a winning one but said he is under no illusion how difficult the task will be.

The South African saw his charges score a 19-14 home win over French champions Castres last weekend and are now bidding to win their opening two games in the Heineken Champions Cup for the first time since 2007-08.

"We are in the big league now," he said. "There has never been an easy game in this competition but some games are tougher than others and Munster have shown over the years what they can do in this competition. It’s going to be a great challenge."

He continued: "I have never been to Thomond Park, this will be my first visit but I have heard a lot about the place. There is a massive tradition there with very passionate supporters. We know how tough it will be.

"We had a good preseason and good start to the season but we know there are always things we can improve on," he said.

Ackermann coached against Johann van Graan in South Africa when he was involved with the Lions and the Munster coach was with the Bulls, while there are other connections.

"They have a quality side with a lot of Irish internationals and there is a big South African influence," he explained.

"I have coached against Johann in the past when he was with the Bulls.

"He recruited JP Ferreira who was my defence coach at the Lions. We battled together for four or five years with the Lions so it will be interesting to go up against him this time," added Ackermann, whose side sit fourth in the Premiership after three wins and a draw in their opening six games. 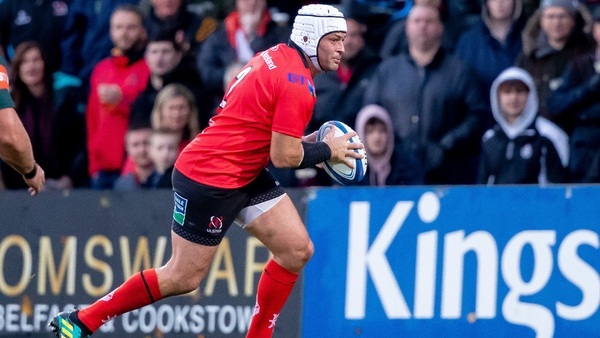 Best: Europe key to laying down marker for Autumn Series