Leinster gave a bravura display of champagne rugby to rip sorry Wasps to shreds in the Heineken Champions Cup opener in the RDS this evening.

It appeared ominous for the visitors after Sean Cronin scored a try early on but despite constant pressure from the hosts, the floodgates stubbornly refused to open for much of the remainder of the first half.

Wasps out-half Lima Sopaoga got the visitors off the mark with a penalty on the 11th minute and also completed their scoring.

But it wasn't until the brink of half-time that Leinster added a second try with Luke McGrath sniping and darting over from the back of the ruck.

The Wasps defence had held out impressively until that point but the binning of out-half Sopaoga, for a deliberate knock-on, proved a critical moment. The Wasps players and backroom were especially irate as they believed it happened after a Leinster forward pass.

McGrath crossed immediately after to make it 14-3 at half-time and it was in the period straight after half-time, when still down to 14 men, that the visitors really started to take water.

First, the wondrous James Lowe made a break through the heart of the Wasps defence on the halfway line and proceeded to zig and zag his way over for the score.

Ten minutes later, a subtle Tadhg Furlong offload sent Lowe down the wing and he flung a pass inside to McGrath who trotted over for his second score. 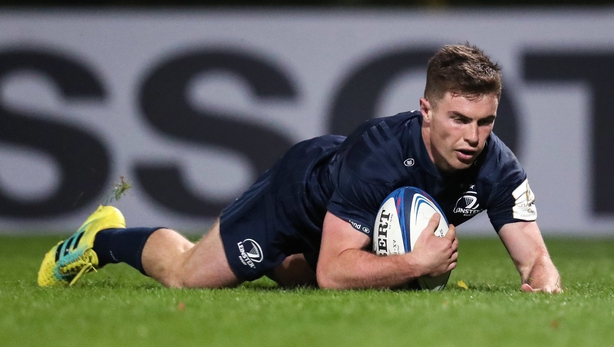 Leinster scored their fifth try on the hour mark, one adorned by a Johnny Sexton under the legs pass to Rhys Ruddock who then shifted the ball wide to Lowe who scampered in for his second.

It was 35-3 with 61 minutes gone but Leinster's fun was only just beginning. Jordan Larmour and Robbie Henshaw both got in on the act in the final 10 minutes as Wasps had simply no resistance.

Referee Roman Poite was floored minutes from the end after Rhys Ruddock accidentally charged into the back of him when arriving at a ruck and the French whistler had to sit out the closing minutes. 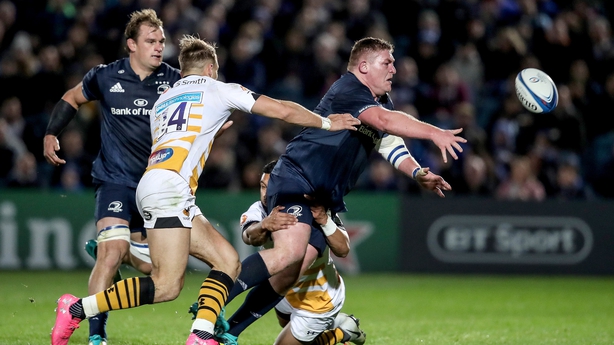 There was still time for another Leinster try as Jack McGrath completed a forwards' drive to enable Leinster to cross the half-century mark.

By then, the cameras were alternating between zoning in on James Lowe's broad smile and Dai Young's disgruntled muttering to his assistant.

For Wasps, it was their heaviest ever defeat in European competition, while for the rest of Europe it was a sobering reminder that Leinster's state-of-the-art machine remains in perfect running order. 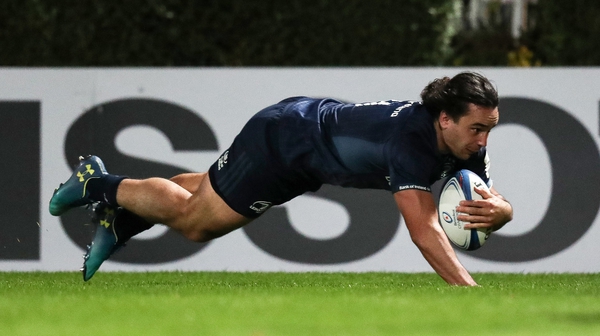