It may come as a surprise to some as Munster have lost all three of their away games this season and are on the road as they open their European account, but Keith Earls is a content man.

Naturally he would have preferred that his team-mates had avoided defeat in Glasgow and Cardiff [Earls wasn’t involved in either game], and last week’s loss at the Aviva Stadium rankles more than any other fixture, but the winger believes his team are in a good place despite the setback.

Exeter Chiefs await at Sandy Park as Europe's premier club competition resumes and while few teams ask questions quite like Leinster do, it is a case of out of the frying pan and into the fire.

The Chiefs are six from six in the domestic league and Earls is all-too-aware of what awaits on his 155th outing in the red jersey.

"What they are doing in the English Premiership is phenomenal. They won it a few years ago and are always in and around finals and semi-finals," he told RTÉ Sport. "They are playing a great style of rugby."

The point was reinforced when speaking to some of his international colleagues in blue last weekend.

Leo Cullen’s side emerged victorious home and away in the pool stages last season, but were pushed all the way. The free-scoring eventual champions mustered just two tries in more than 160 minutes of action.

"Speaking to some of the Leinster lads after the game, they said Exeter is an extremely tough place to go.  All we can do is look after ourselves. Hopefully we will get the win this week."

The 31-year-old is making just his third appearance of the campaign and it has been an eventful start.

He was among the try scorers in the demolition of Ulster while against Leinster he was sent to the sin bin try in a desperate attempt to prevent a try, while his own length of the field run was called back in the second half by officials.

Still, he is encouraged by what he sees. In particular, he can see the benefits of Jerry Flannery and Felix Jones spending time in New Zealand during the summer, gleaning what they could from the Crusaders training ground.

It has already translated in a fresh approach within the camp.

"We are definitely playing a better brand of rugby. We are a better team to watch now. That bit of detail with our coaches...heading away and coming back with more detail has been great for us. 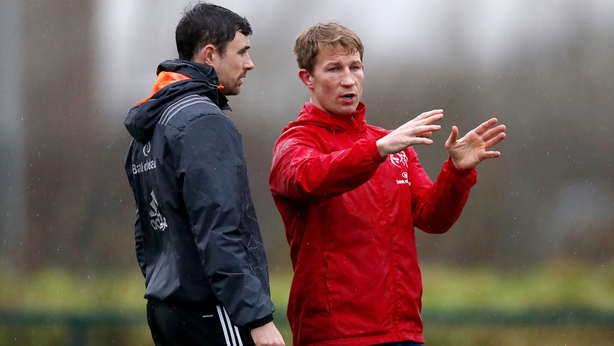 "It was probably something we lacked in the last year or two. It’s fun playing as well and moving the ball. We are able to play the ball any way we want now."

While Rob Baxter’s team possess England internationals in the form of Jack Nowell and Henry Slade, it is very much about the collective. In many ways, their traits echo that of the visitors.

"It’s hard to beat a team that are extremely hungry. There are no egos in their team. They are proud of where they come from and are tough knit.

"They will be tough to break down, but hopefully we can come up with a plan to do that."

The sides meet for the first time in a competitive clash, but for Johann van Graan’s side to take anything away from Sandy Park, Earls admits they need to be far more clinical than they were last time out in Dublin.

With ample possession and opportunities created, such profligacy is likely to be punished by a Chiefs side looking to make more of a mark in European competition.

"We have to convert into scores when we have a team under pressure."

The time starts at 3.15pm in south-west England.

Follow Exeter v Munster on Saturday via our live blog on RTÉ.ie/sport and the News Now app or listen to exclusive national commentary on RTÉ Radio 1 at 3.15pm with commentary from Michael Corcoran and Donal Lenihan. 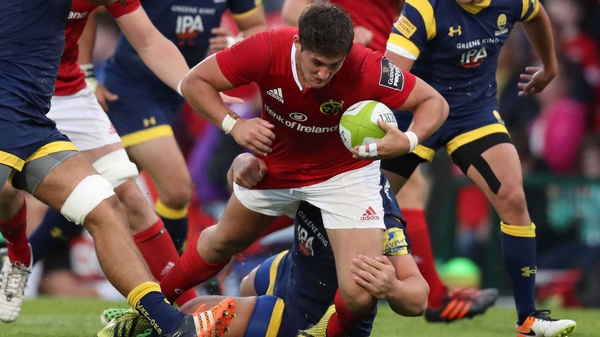