As Leinster saw off all European challengers on their way to Champions Cup success last season, James Lowe understandably cut a frustrated figure.

His first taste of action in the competition after signing for Leo Cullen’s side was a try-scoring debut against Glasgow last January, followed by a second start the following week against Montpellier.

He was again handed the 11 jersey for the quarter-final clash with Saracens, with the Nelson-born player claiming the final try in a dominant 30-19 victory at the Aviva Stadium.

That was however the end of the European road as far as the 26-year-old was concerned, forced into a watching brief for the semi-final and final due to an obscure competition ruling.

The three-into-two dilemma saw Jamison Gibson-Park and Scott Fardy preferred, but his form this season, kicking on from where he left off in 2017/18, had many supporters wondering whether it was now a case of Lowe and one from the aforementioned duo.

A superb display against Munster, including two well-crafted tries, has merely increased the clamour for his inclusions.

Doubts surrounding the fitness of Gibson-Park have increased the likelihood that the New Zealander will be in the starting XV for the start of their European defence at home to Wasps on Friday night (kick-off 7.45pm).

"He’s very good," Leinster backs coach and former player Felipe Contepomi said when pressed on the ability of the gifted back. 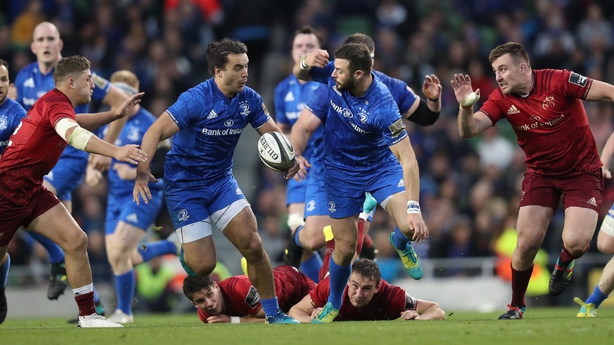 "He has got something that maybe you find somewhere else in the world like in New Zealand a lot. He knows how to finish a move and that is important."

A haul of 14 tries in 17 appearances, not to mention some deft off-loading and an eye for space has illustrated just why the former Chiefs man is so highly regarded with ball in hand.

It is the defensive side of things which has been questioned in some quarters and the Argentinean (below) agrees he needs to give that area attention.

"He has to work on other things. He’s working harder on getting better at other aspects." he said. 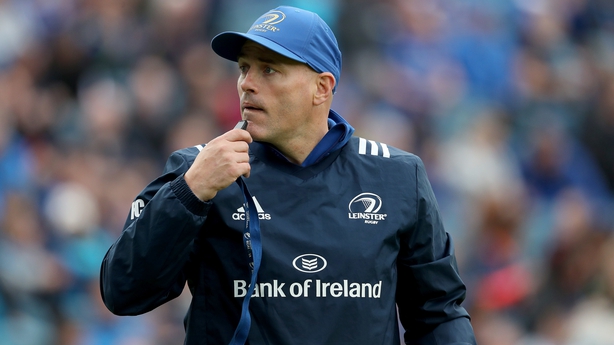 "In defence there is no perfect system, but definitely there is a system in place in every team. Sometimes for defenders, especially wingers, with a lot of decisions depending on the system, it takes time to adapt to a system, but we are working hard to make the defensive system as robust as possible.

"It doesn’t matter who comes in the team, there is a system and they need to respect it, but you have to make your tackles and just defend."

"Sometimes we misunderstand what is structure and systems," said the Pumas legend.

"They allow you destructure (sic) those systems. If you have a structure, it’s there to be broken by someone with a brilliance like [Lowe], but you have to have a structure or system to know where to go, but that gives you a freedom to follow your instinct and play your natural game."

"Like everyone else, James has some things to work on technically"

Whether he will get the nod to start against the Aviva Premiership side at the RDS, Contepomi was remaining coy.

"We try to always put the best team we can on the pitch. James had a good game [against Munster], especially in the way he finished some moves," was as far as he would go.

"Like everyone else, he has some things to work on technically."

Follow Leinster v Wasps on Saturday (kick-off 7.45pm) via the live blog on RTÉ.ie/Sport and the News Now  App.

Listen to live coverage of Exeter v Munster on Saturday on RTÉ Radio 1 at 3.15pm with commentary from Michael Corcoran and Donal Lenihan.