Munster head coach Johann van Graan insists he won't be asking Joey Carbery for insider information on the outhalf's former side Leinster ahead of their derby clash this weekend.

Carbery, who swapped blue for red this summer in order to further his international prospects at 10, will face his home province for the first time at the Aviva Stadium on Saturday (kick-off 6pm).

But the South African seems to believe it would be unethical and pointless to try and use Carbery's knowledge of Leinster against them.

"I don’t believe that’s the way you should go," he told RTÉ Sport. "To me, rugby is all about respect.

"I believe if you start trying to investigate every single move and every single call, you’re going to chase your tail. Teams move on.

"We respect them. I respect the members of their coaching staff and their team.

"He’s at Munster now and it’s all about Munster. That’s not something we’ll be tapping into." 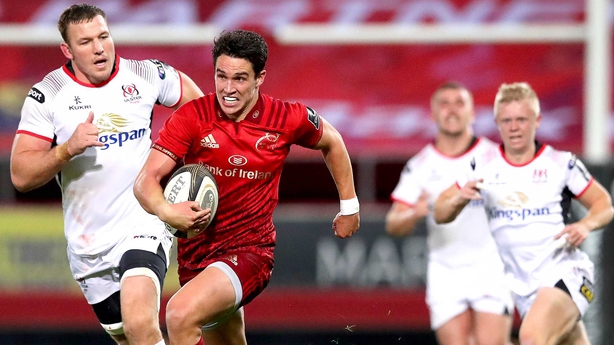 Carbery was man of the match in Munster's record 64-7 victory over Ulster last weekend but Van Graan is expecting a much stiffer test from the reigning champions,

"I thought we played really well. We were happy with the result and most of our actions," he said.

"There are one or two things that we can improve and Saturday will be a totally different challenge, going to the Aviva.

"I thought our decision-making was pretty good. Obviously, we’re going to face a much tougher defence this weekend.

"We’ll have to go a bit more frontal and at some stages a bit more conservative. But I was pretty happy with the forwards’ passing ability, it’s something that we worked on, and it came off on Saturday.

"We’re looking for consistency in our performance. Unfortunately, the two games on the road weren’t good enough. I thought we played pretty well at home, regardless of the opposition.

"But that’s all in the past. We’re playing in the European and Pro14 champions in their back yard so it doesn’t matter what happened before this, it’s about our performance on Saturday evening."

Van Graan is relishing the chance to pit his men against "the best side in Europe".

"They’re very good. Test players all across the board, depth, very balanced game. I think their kicking game is second to none. They pin you in your half and wait for you to make mistakes.

"Teams attack them in different ways: with the ball, without the ball, in the air, on the ground. They just seem to handle it.

"For us it’s about putting pressure on them but it’ll be tough task for us.

"They are the best side currently in Europe and you want to test yourself against the best." 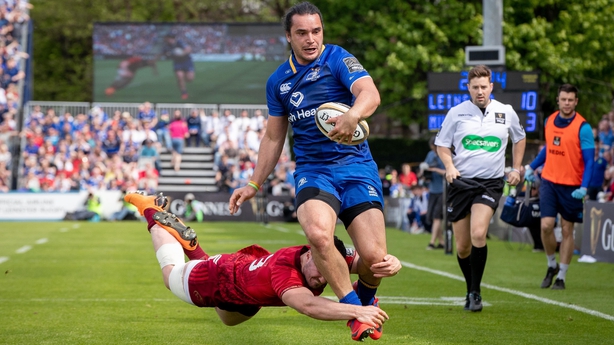 Munster gave Leinster a late scare before succumbing 16-15 in the Pro14 semi-final in May.

Van Graan referenced that game in emphasising that his focus is fully on this weekend rather than selecting a team with one eye on the upcoming trip to face Exeter Chiefs in Europe.

"The Champions Cup is two weeks away but that’s a whole new competition on its own.

"This week, it’s all about Leinster. It’s a big challenge for us. We went to the RDS at the end of last season and came up just short.

"They’ll be fully loaded as well and it’s a game that we’re looking forward to very much.

"We had a good discussion over the last 48 hours as coaches. We’ve got a few options available and team selection is pretty difficult. We have one or two big calls to make."