Sean Dougall came out the wrong side of a Top 14 reunion with his old Munster team-mate Paul O'Connell as Stade Francais turned over Pau to move up to second in the table, a point behind Clermont.

The Heyneke Meyer-coached Stade, with O'Connell and another Munster man Mike Prendergast on their back-room ticket, ground out a 25-13 victory at Stade du Hameau.

Two Gael Fickou tries and another from Kylan Hamdaoui had them 22-3 up at half-time and though the hosts made a real fight of it on the turnaround with a couple of  Watisoni Votu touchdowns, Morne Steyn's penalty kept Pau at arm's length.

Flanker Dougall moved to Pau three years ago from the Irish province. 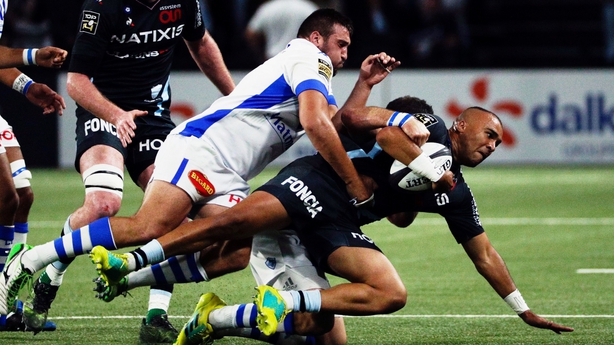 The Corkman has hit the ground running in his maiden campaign in France and crossed once in each half in a 27-11 win. He has now scored five tries in five games.

Virimi Vakatawa dotted down just a minute in for the hosts and Zebo's effort got Racing - who also included Donnacha Ryan in their starting 15 - ahead by 17-3 at half-time.

Paea Fa’anunu's try gave Castres hope but Zebo's second effort ten minutes from time made sure of the result.

Paddy Jackson kicked a penalty and two conversions but it wasn't enough to stop Perpignan from falling to another defeat.

Grenoble claimed their first win of the season in a 31-22 victory at Stade des Alpes.

Jackson booted Perpignan ahead off the tee three minutes in but the hosts rallied to lead 16-3 ahead at the break and they never looked back.

Gaitan Germain accounted for 26 points [eight penalties, one conversion] to leave Perpignan rooted to the bottom of the table without a point to their name five games in.

📽️ REACTION | A smiling @arwelrobson on the Dragons @PRO14Official win against Zebre, including the vital second try before half time and big D performance #DRAvZEB

Bernard Jackman's Dragons celebrated a much-needed victory as they climbed off the bottom of the Pro14 Conference B with a dogged 16-5 win over Italian outfit Zebre.

Fly-half Arwel Robson scored a try and penalty, while wing Dafydd Howells also crossed for the hosts. Zebre wing Mattia Bellini touched down for the visitors as the Dragons went into the break 13-5 up.

A single second-half score, a penalty from full-back Jordan Williams, saw the Welsh region home to add to their win early in the month against South Africa's Southern Kings.

History was also made at Rodney Parade as Joy Neville became the first female referee to officiate in a Pro14 match in Wales.

Former Ulster forwards coach Allen Clarke saw his Ospreys side get back to winning ways with a 27-10 victory against Benetton.

Ospreys made 11 changes from the side that were thrashed at Munster last week, recalling the likes of Wales internationals Justin Tipuric, Alun Wyn Jones, George North and Dan Lydiate.

And it paid off as Ospreys scored tries through Dan Evans, Tipuric and Sam Davies, who also kicked two penalties and three conversions. 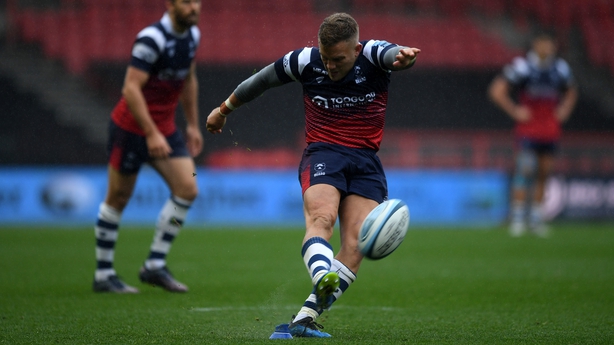 "It's important in conditions like that that the kicks go over and the team did a great job to grind out a win after going 10 points down," said Madigan.

"We were very close to breaking them around the 65th minute and we were probably one pass from doing so but we've got to step up and be braver to take the game by the scruff of the neck."