John Cooney was yet again the hero as Ulster made it two wins from two with a dramatic fightback to beat Edinburgh 30-29 in their Guinness Pro14 clash at the Kingspan Stadium.

The scrum-half - who signed a long-term deal with Ulster earlier this week - won the contest with the final kick of the game to rack up 20 points from a try, three conversions and three penalties.

The result, which puts Ulster top of Conference B overnight, capped a tremendous comeback by the Irish province which had seen them trail 23-6 early in the second half.

Ulster's other try scorers were Will Addison and Craig Gilroy, with the latter running over 50 metres to assist the dramatic comeback by head coach Dan McFarland's side. 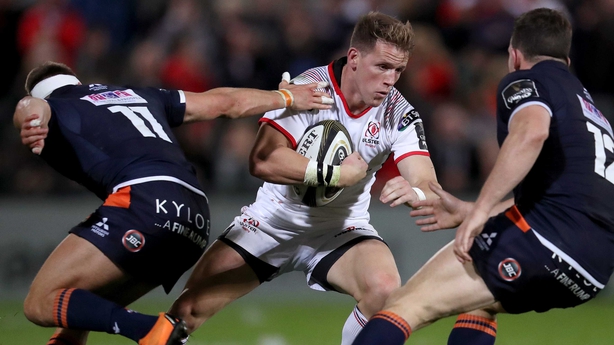 Hickey opened the scoring for Edinburgh with a third minute penalty and then stretched the visitors' lead to 6-0 with another well-struck effort in the ninth minute after Iain Henderson was penalised.

Edinburgh struck for a well-worked try on 14 minutes when winger Brown got in after the Scots put width on the ball following a line bust by Jamie Ritchie and Stuart McInally.

Hickey added a great conversion to put them 13-0 in front, before Cooney replied with a penalty.

But the Scots scored again straight after the restart with Hickey's third penalty after Ulster were penalised for not releasing with the visitors stretching their lead to 16-3.

It became a 10-point margin five minutes before the half hour with Cooney's second penalty coming after Matt Scott was penalised for killing the ball during a rare Ulster drive towards the line.

The hosts came close to scoring in the 37th minute when Murphy got over in the corner but the try was ruled out by the TMO and the half ended with Cooney halting Viliame Mata when a score looked on.

Six minutes after the restart Edinburgh bagged their second try after turning Ulster over with replacement Johnstone rounding Henry Speight to touch down.

Hickey converted to put Edinburgh 23-6 ahead. The Irish province then struck back with their first try of the Pro14 season when new signing Will Addison raced over after Ulster ran a penalty. 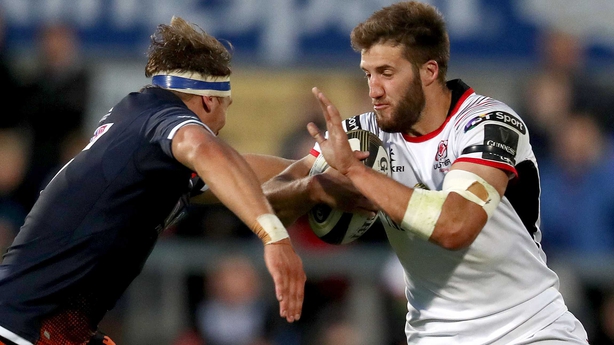 Cooney converted the 53rd minute score to reduce the score to 13-23 but three minutes later Hickey had his fourth penalty to keep Edinburgh well in front.

A minute after the hour, Ulster hit back with Addison supplying Cooney who scored under the posts and then converted to put the province six points behind at 26-20.

And then came the dramatic break-out with Gilroy running in from over 50 metres out with Cooney adding a superb conversion to put Ulster in the lead, only for Hickey to snatch it back with three points in the 79th minute.

However Cooney had the final say with his 80th minute effort that sealed back-to-back wins under McFarland.