Friday night's Pro14 action will see Jordi Murphy make his first appearance for Ulster when they face Edinburgh, while Munster newcomer Tadhg Beirne is in the squad to face Glasgow.

Murphy, who will start in the back row is among four new faces in the Ulster side, all of which are in the forward pack for the Kingspan Stadium clash at 7.35pm.

Rob Herring will line out for the first time this season and will captain the side from hooker. Ross Kane (tighthead prop) and Kieran Treadwell (second row) are the other newcomers, while Andrew Warwick and Iain Henderson are retained alongside them in the front five.

Here is your Ulster team for tomorrow's clash v Edinburgh.

What are your thoughts? pic.twitter.com/n4kNLsTeER

Murphy is joined in the back row by Springbok powerhouse Marcell Coetzee and the young number 8, Nick Timoney.

The backline remains unchanged; John Cooney and Billy Burns continue in the half-back positions, last week’s man of the match Stuart McCloskey is paired in midfield with Darren Cave, and Craig Gilroy, Henry Speight and Will Addison make up the back three.

Wiehahn Herbst, who missed the end of last season with a knee injury, is set to play his first game of the season after being named among the replacements. 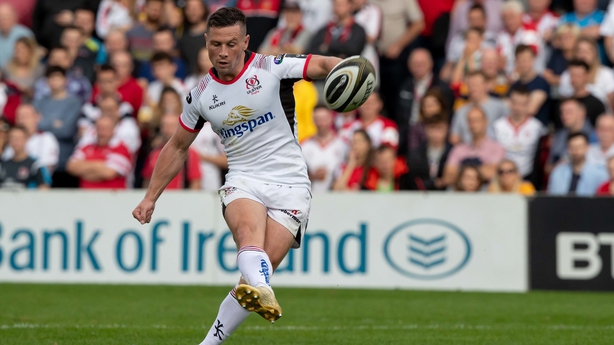 Other news from the province ahead of Friday's game is that John Cooney has signed a three-year contract extension that will keep him at Kingspan Stadium until the summer of 2022.

Cooney joined Ulster in 2017 and enjoyed an outstanding debut season where he scored 226 points in 25 appearances. He was also selected in the 2017/18 Guinness PRO14 Dream Team.

The 28-year-old has continued that fine form into the new season and was the match-winner in last week’s opening fixture against Scarlets, kicking all of his side’s points in a 15-13 win.

Cooney won his first international cap against Japan in June 2017 and added a second on this year’s summer tour to Australia. He started his career at his home province, Leinster, before moving to Galway to link up with Connacht. 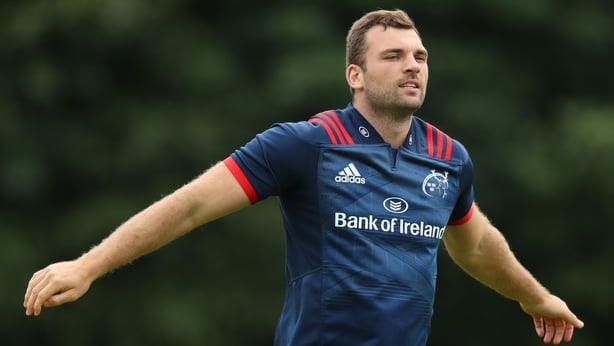 Tadhg Beirne, who signed from Scarlets on a two-year deal, should make his Munster debut off the bench at the Scotstoun Stadium, kick-off, 7.35pm

Billy Holland captains a side that shows one change to the starting XV that beat Cheetahs last weekend as Sammy Arnold comes in at outside centre.

Mike Haley starts at full-back, with Darren Sweetnam and academy man Shane Daly on the wings. Rory Scannell is partnered by Arnold in the centre with the half-back pairing of Neil Cronin and JJ Hanrahan unchanged.

There are no changes to the forwards with hooker Mike Sherry packing down alongside Dave Kilcoyne and John Ryan.

Holland and Jean Kleyn are in the second row with Dave O’Callaghan, Tommy O’Donnell and Arno Botha in the back row.