Under-pressure Australia coach Michael Cheika hopes a selection "shake-up" that has demoted regular flyhalf Bernard Foley to the bench can ignite the Wallabies' Rugby Championship with a win over South Africa in Brisbane on Saturday.

Foley started in the number 10 jersey in his last 24 tests but has paid the price after subdued performances in heavy back-to-back defeats to the champion All Blacks.

Kurtley Beale, who had been deployed at inside centre for the past year, assumes the playmaking position for the first time since 2014 as Cheika looks to spark an attack that managed only three tries in both matches against New Zealand.

Matt Toomua, who has returned from a stint in England, has been promoted from the bench to play at inside centre in the match at Lang Park.

"I suppose I just wanted to shake it up a little bit," Cheika told reporters in Brisbane on Thursday.

"We've had some good things that have happened in the games, I know that hasn't been brought out but there's been some good things and I think that Toomua's return, he's shown a lot of good things as well around the place and he's brought some of that on-field as well. 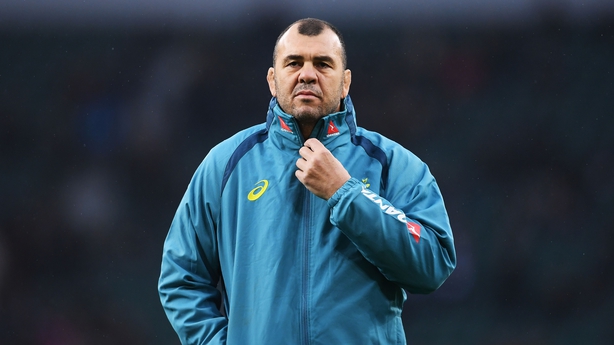 "I just thought I'd try a different combination and give them an opportunity together."

Prop Sekope Kepu has been left out of the matchday squad altogether, while Rory Arnold comes in at the expense of lock Izack Rodda, who was ineffective against the All Blacks.

Despite coming into the tournament full of optimism, the Wallabies were largely woeful against the All Blacks, crumbling quickly when the pressure was on, while raising familiar concerns about their skills and fitness levels.

Australia have lost six of their past seven games, prompting pundits to call for Cheika's dismissal a year out from the World Cup in Japan.

South Africa are not the calibre of the All Blacks, however, and the Wallabies have proved a handful for them on home soil.

Rassie Erasmus's rebuilding side have their own problems and suffered a knock to their confidence in an away defeat to Argentina in their last start.

Like Cheika, Erasmus has also changed his number 10, with Elton Jantjies relegating Handre Pollard to the bench. The Springboks will also bring a new front row, loose forward trio and midfield.

Naming regular hooker Malcolm Marx and prop Tendai Mtawarira in the reserves after plenty of travel in the opening games, Erasmus may rely on his bench to carry the Springboks to victory at Lang Park, the venue of their last away win against the Wallabies in 2013. 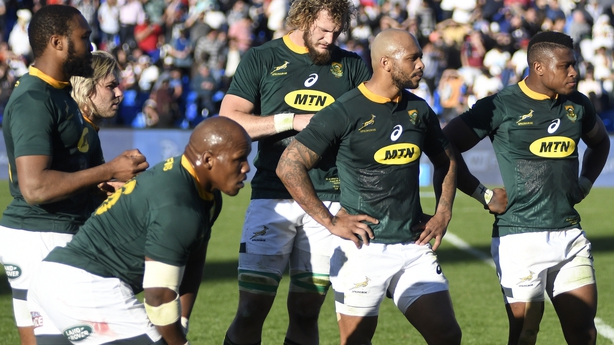 For South Africa, Loosehead prop Steven Kitshoff and hooker Bongi Mbonambi will start next to Frans Malherbe, with Tendai Mtawarira and Malcolm Marx dropped to the bench

With Francois Louw playing for Bath last weekend before flying to Australia, captain Siya Kolisi swaps to the openside with Pieter-Steph du Toit at blindside flanker. Louw is named on the bench.

Elton Jantjies is preferred to Handre Pollard at fly-half and partners Sale Sharks' Faf de Klerk at half-back, while Damian de Allende is named at inside centre for his first start of 2018.