It was only the first game of the season and it could prove to be the most straight forward outing in their season, but Munster's head coach Johann van Graan was happy with the opening 80 minutes of the Pro14 season.

Joey Carbery made his debut for the province as Munster swept aside the challenge of the Cheetahs in a bonus point 38-0 victory at Thomond Park where six different try scorers got in on the act.

The South Africans had 10 Pro14 debutants in their match-day squad and look to be set for a season of toil, but as far as Munster are concerned, it was a job well done.

The attacking thrust of the team was something that particularly pleased Van Graan as he reflected on the comprehensive victory. 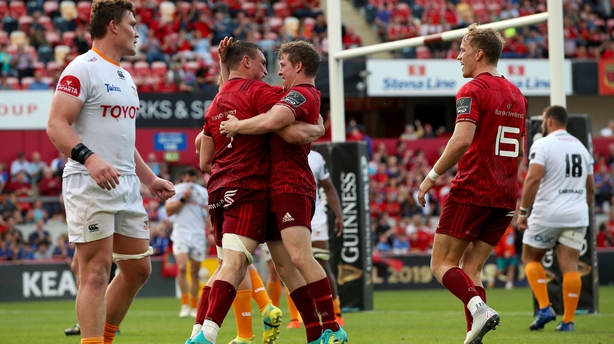 "We said we wanted to evolve our game and take it forward," he told RTÉ Sport.

"It was a perfect day, dry conditions and we adapted to those conditions. Certain games will be different. We are happy with the improvement in attack from our last home game [last season] against Edinburgh."

The step-up in attack was obvious, but their shut-out of the Cheetahs was something the South African was keen to point out post-match.

"I thought we defended really well," he said. "Straight after half-time they could have scored and we were on our own goal line twice. It shows our fitness came through." 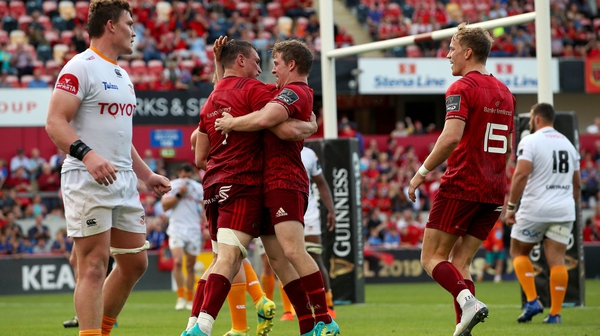