A last-minute penalty from scrum-half John Cooney secured Ulster a hard-fought win over the Scarlets on the opening round of action in the PRO14 at the Kingspan Stadium.

The Ireland international nailed the vital kick after being tackled without the ball by Scarlets' second row David Bulbring with the lock then shown a yellow card by referee Marius Mitrea.

New Ulster head coach Dan McFarland's first competitive game in charge was nip and tuck all the way with Cooney scoring all the Irish province's 15 points from his boot.

The only try of the game was scored by Scarlets' Rhys Patchell in the first half, with their other points coming from Patchell's conversion and two second half penalties by his replacement Dan Jones. 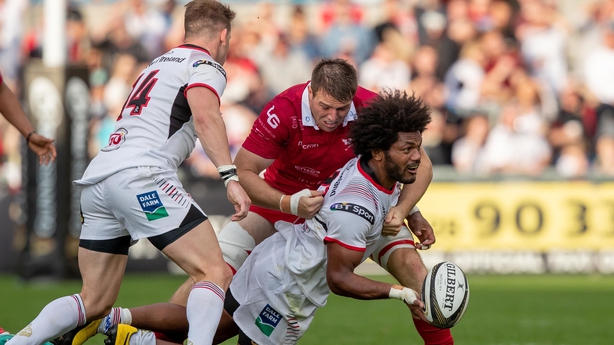 The visitors - who saw Jonathan Davies withdraw with a hamstring issue before kick-off - scored after just six minutes when Patchell took the ball blind and broke John Cooney's tackle to cross the line.

He converted his own score which came after Scarlets had put a penalty into the corner and mauled the ball infield.

Cooney then put Ulster's first points on the board with a 12th minute penalty after the Irish province had secured a scrum penalty.

The Scarlets' lead was then cut to just a point thanks to Cooney's second well-struck penalty, after 16 minutes, which came after a high tackle on Craig Gilroy.

Just after the 20th minute and with new signing Will Addison looking sharp, Ulster built some impressive phases in Scarlets' 22 which leading to another penalty which Cooney duly converted to nudge the home side in front.

Cooney then saw a long range shot at goal fall short a minute before the break which saw lead 9-7.

The half opened with Ken Owens having a score ruled out by the TMO with Nick Timoney helping prevent what seemed a certain try under the posts.

Thirteen minutes into the new half and Jones - on for Patchell - landed a long range penalty to put the Scarlets back in the lead at 10-9.

Their lead lasted just five minutes as Cooney kicked his fourth penalty after Jones had flattened the scrum-half without the ball but then shortly after the restart, the Scarlets snatched the lead back again when replacement Chris Henry was penalised with Jones slotting the three points to put the visitors 13-12 up on 61 minutes.

Then, on 67 minutes, Scarlets' replacement Ed Kennedy was yellow-carded for leading with the shoulder on Henry Speight.

Ulster then missed a 76th minute penalty from Cooney before the scrum-half then calmly slotted the winner after being taken out by Bulbring. 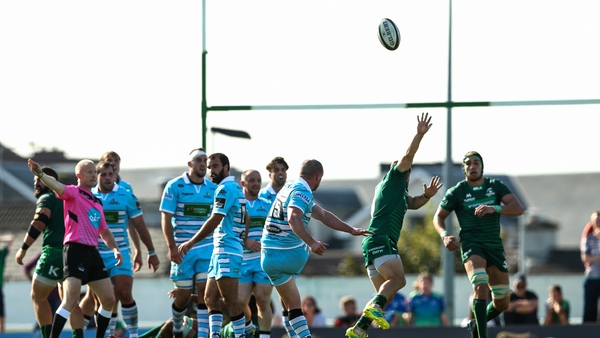