Connacht coach Andy Friend said there were plenty of positives for his side to take after their one-point loss to Glasgow Warriors in their Pro14 opener in the Sportsground on Saturday.

The 2015-16 champions led by nine points as the game entered the final quarter, but a try from Adam Ashe and a drop goal from Stuart Hogg nudged the visitors ahead.

Replacement out-half Craig Ronaldson had a chance to wrestle the lead back at the death but his long range drop goal came off the post.

Friend acknowledged the defensive frailties that led to the concession of three tries but said the result shouldn't cloud over the positive aspects of Connacht's performance.

"When we were up by nine points with 20 to go, I thought we were in control of that. But credit to Glasgow. That's why they're a good football side. They managed to grind out a win and it came down to the last kick of the game.

"There was a lot of good things to take out of that game. Sometimes it gets clouded by the result. It didn't go our way today but I can assure you there's some really good football left in this team. 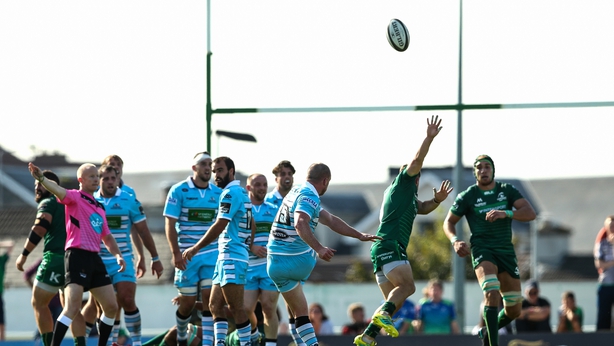 "I know if we can keep that energy and keep believing in ourselves and playing in the same style we want to play we're going to make it very difficult for a lot of sides.

"We weren't happy with the tries. That was the message at half-time. We needed to get off the ground quicker. We allowed ourselves to stay on the ground too long and we needed to get bodies in front. So, we'll fix that. We've been very good at pre-season at that but today for whatever reason, it went the other way."

Friend was quick to stress the difficulty of Ronaldson's last play attempt at a drop goal, saying that kickers don't lose games.

"That's a tough kick. I said to the boys afterwards, kickers don't lose you games of football. So, Craig didn't lose that game. Kickers can win you the game but it's a coat of paint you know.

"It didn't go our way today but we'll be back bigger and better next week and take on Zebre."