Johnny Sexton admits that the 2019 Rugby World Cup will be at the back of everyone's mind as the Pro14 prepares to resume next week.

The Ireland outhalf says it's only natural for internationals' thoughts to wander towards the quadrennial showpiece but that focusing on performing for their provinces is the best way to build towards it.

Leinster begin the defence of their title away to Cardiff Blues on Friday week while Joe Schmidt's Six Nations champions and world second-ranked side are not in action again until they face Italy, Argentina, New Zealand and the USA in November.

"We view it as the start of next season," says the Ireland outhalf of next September's tournament in Japan. "But it definitely is in our minds now.

"Between now and the World Cup, we're probably going to have about 25 games to play. When you put it like that, it's not too many. So you have to try and find your best form, make sure you stay fit.

"You can't look too far ahead at the same time. You sort of break the season down into blocks, which is something you get better at as you get older. It's about getting fit, getting to those early games, then get into Europe and try to get into that November squad." 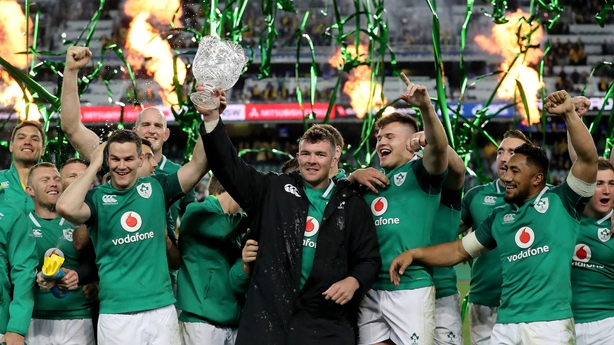 The new Leinster captain - he takes over from Isa Nacewa - expects major competition for their crown following the departure of talent like Jordi Murphy (Ulster), Joey Carbery (Munster) Nacewa, Richardt Strauss and Jamie Heaslip (all retired).

"I look at some of the Pro14 teams today and I think all of them have improved, through signings, getting guys back from injury, new coaches," Sexton told RTÉ Sport.

"They're going to be a hell of a lot stronger this year and we need to make sure we are too.

"We haven't added too much to our playing group, we've actually lost quite a few.

"So we've got to find ways within our game to make sure that we're better than we were last year. If we produce the same level we won't win anything." 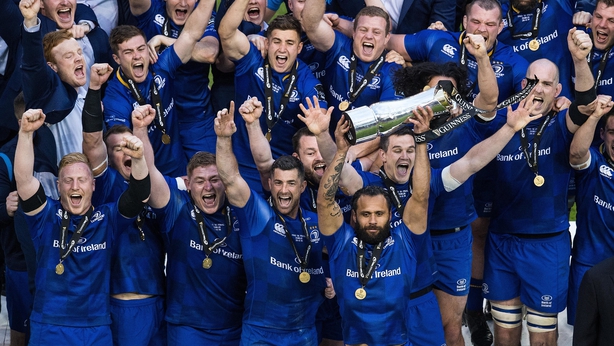 Last season was a spectacular success for Leinster, who became the first team to win a Pro14/European Cup double.

But for Sexton (33), past disappointments ensure there will be no complacency.

"We lost a final to Connacht two years ago, we lost two semi-finals the following year. Last year was a dream season for us.

"So we know we have to decide which way we want to go. It's a good place to be I think.

"We're looking at it as the start of a journey as opposed to the end. There are guys coming towards the end but there are also a lot of young guys in the squad that are striving to build their own legacy in Leinster."