Richie Mo'unga drove a resolute and clinical Canterbury Crusaders around the field as they beat South Africa's Lions 37-18 to clinch their ninth Super Rugby title in front of a sold-out crowd at Rugby League Park in Christchurch, and give Ronan O'Gara another medal for the collection.

The former Munster and Ireland outhalf joined the Crusaders coaching ticket back in January as assistant coach to Scott Robertson and has earned high praise in New Zealand for the positive impact he's had on the side.

Victory here was hard-earned as outhalf Mo'unga slotted 17 points with the boot and provided the attacking spark for the Crusaders, who defended for much of the match and seized what scoring chances they had. 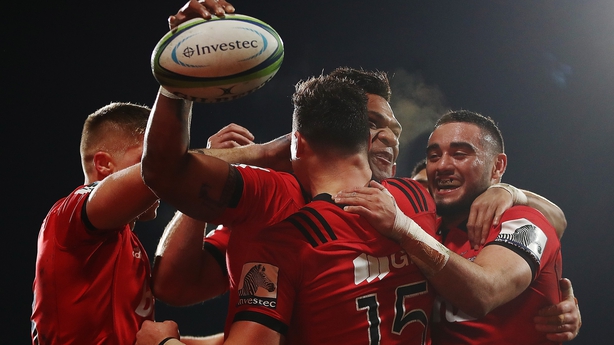 Not even a late yellow card to Ryan Crotty was able to stop the Crusaders, who scored tries to outside backs Seta Tamanivalu and David Havili, lock Scott Barrett and replacement scrumhalf Mitchell Drummond.

Flanker Cyle Brink and hooker Malcolm Marx scored tries for the Lions, who suffered their third successive final defeat, having lost to the Wellington Hurricanes in 2016 and Crusaders last year.

The Lions dominated territory and possession for much of the match but were unable to turn that into points, while the Crusaders efficiently struck when they had their opportunities to build scoreboard pressure.

"The boys were so calm under the pressure. How many phases did we defend for on our line," Crusaders coach Scott Robertson said.

"I think we have made more tackles than we made all year, so it shows the quality of the game was high.

"Defence shows how much you care. Defence won it for us last year and it did again this year."

Elton Jantjies and Mo'unga traded penalties before some hard, straight running and quick ball by the Crusaders set up space for Tamanivalu to cross in the right corner four minutes after Mo'unga's penalty.

The home side repeated the dose when Mo'unga extended the lead to 13-3 before Havili crossed after a searing counter attack from the flyhalf following a poor Jantjies kick had opened the field up.

Jantjies reduced the deficit to 20-6 shortly before the break but Mo'unga extended it again when he slotted his third penalty in the 43rd minute. 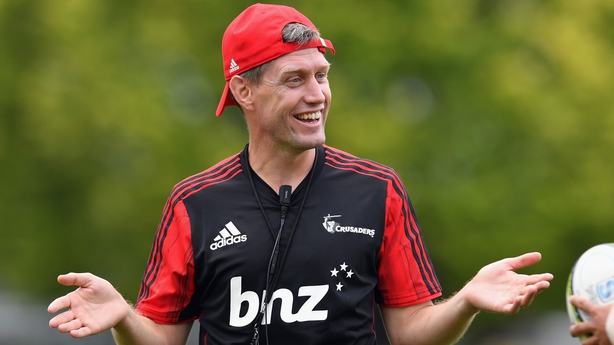 The Lions continued to hammer at the Crusaders to the point that by the time Brink had smashed his way through two tackles and ran 25 metres to reduce the deficit to 23-13 the tide appeared to have turned.

The Crusaders, however, regrouped and swept back downfield with some superb interplay that put Drummond over to give them a 30-13 lead with little under 20 minutes remaining.

While Marx scored his 12th try of the season shortly after Crotty was sinbinned for a cynical professional foul, the Crusaders ensured there was no chance of a fightback when a searing run from winger George Bridge following a quick lineout on halfway set up Barrett's try.

"A bit gutted, but I'm just proud of every individual who gave it everything out there," Lions captain Warren Whiteley said.

"Credit to Sam and his team. They were unbelievable. Everything we threw at them they stopped. We tried everything, threw the kitchen sink at them and they deserve this win."