It felt like home for Ireland at the at North Sydney Oval on Tuesday.

Rain bucketed down in mid-teen temperatures as Joe Schmidt's side were put through their paces after Saturday's massive Test win against Australia.

It was reassuring, says Robbie Henshaw, to be greeted by the kind of summer downpour we're so used to on the Emerald Isle. Now, it's down to business.

The series is tied at one victory apiece after the Wallabies took the opening collision in Brisbane only for Ireland to hit back in Melbourne.

It's all eyes on Sydney for the decider, as the Grand Slam champions look to end a memorable year on a high.

"It was good to get a runout in the slippery conditions and get the legs moving again, " the Leinster man told RTÉ Sport.

"We looked for a reaction; we looked to come back and prove ourselves, that we're a dominant and physical team. I think we showed that up front with our pack. 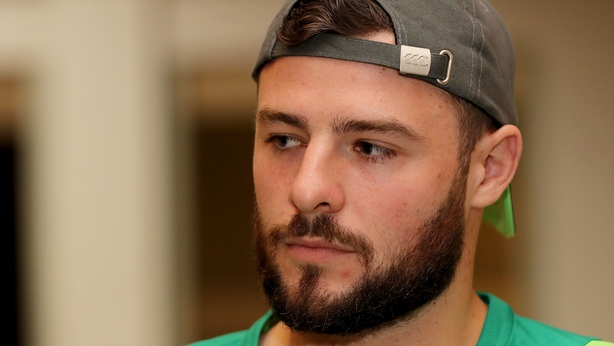 "We scored a nice couple of tries as well. We were delighted with how we reacted to the loss the week before. There were a lot of guys hurt from what happened in Brisbane."

Andrew Conway and Tadhg Furlong both plundered tries in the win at AAMI Park but Henshaw said his team-mates know they need to be more clinical.

Ireland punched holes in Australia but did leave points behind them. With Michael Cheika's side sure to be fired up for a serious push this weekend, Henshaw warned that profligacy will be fully punished.

He said: "We made a number of line breaks that we didn't finish, but you look at Australia and how they can scramble in defence when a team does break their line... they're really hard to finish against.

"That was one of the areas we looked at during the week, that if those opportunities come up again we take them because I think it's going to be a close one.

"There's going to be a massive reaction from them, emotionally and physically. They're going to be revved up. We need top be calm, go through our process and deal with that comes our way.

"It's be the icing on the cake for the year we've had. To finish off on a high is going to be incredibly hard but we're all ready to go."

Follow Australia v Ireland on our live blog on RTÉ Sport Online and the RTÉ News Now app and listen to live commentary on 2fm from 10.45am Saturday (11am kick-off).