Ireland are nursing a number of injuries going into the final and deciding Test against the Wallabies while Munster prop Dave Kilcoyne has linked up with the squad Down Under.

Joe Schmidt’s squad trained in wintry conditions at North Sydney Oval today on Tuesday morning, including a few torrential downpours, as they look to put together their final preparations for Saturday morning (kick-off 11am).

Prop Cian Healy took a full part in training after recovering from a shoulder injury he picked up in Melbourne, while Munster prop Dave Kilcoyne trained with the squad today but has not officially being added to the group.

"He’s not been officially named in the touring party, but he is available as he’s Irish-qualified," assistant coach Simon Easterby said when asked if Kilcoyne could be in line for a place in the match-day squad.

"He was touring South-East Asia and Australia and he paid a visit to the training pitch and got stuck in with the lads.

"It's great to have him with us and available to train, as cover more than anything because Cian and Jack (McGrath) were fully training today." 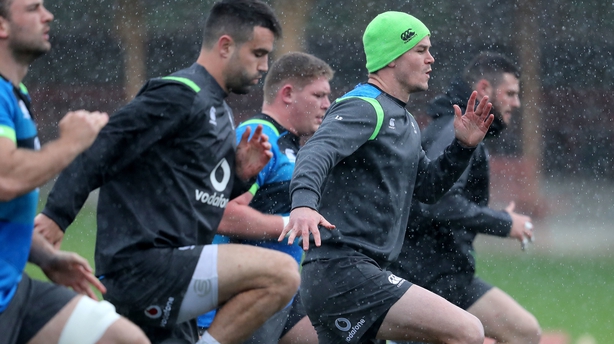 Iain Henderson has returned to training after missing the win with a knee injury.

Both Keith Earls and Andrew Conway sat out training. Conway is recovering from a hip pointer injury he picked up scoring the first try last Saturday, while Earls’ work-load is being managed this week due to "a few niggles".

Flanker Dan Leavy is also being 'managed' after being forced off at half-time last weekend.

The Ireland team and replacements will be named on Thursday. 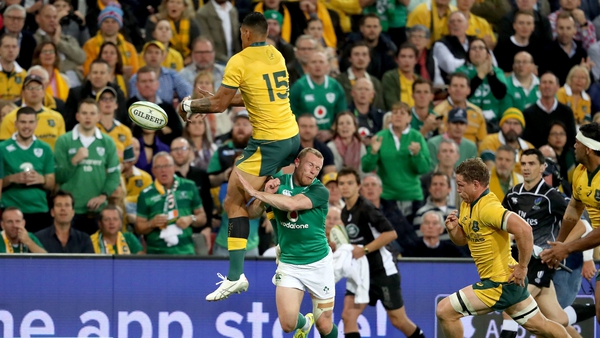