Bernard Jackman believes Ireland are still favourites to beat Australia despite opting for a somewhat experimental line-up in the first Test in Brisbane on Saturday.

Head coach Joe Schmidt has opted for Munster-bound Joey Carbery at 10 ahead of Johnny Sexton, and brought in a new front row of Jack McGrath, Rob Herring and John Ryan.

Former Ireland international Jackman told 2fm's Game On that the Kiwi has one eye firmly on next year's World Cup.

"It’s the right thing to do," he said. "Post winning a Six Nations Grand Slam, a year out from a World Cup, this is the opportunity to strengthen your depth chart and give people the opportunity.

"The likes of Sexton and Furlong have had massive seasons when you include the Lions tour to New Zealand.

"We saw at the last World Cup how important depth is and Joe, since then, has tried to blood players as often as he can.

"This is the best chance we’ve had to go to the Southern Hemisphere and win a series for a long time. But losing a series and having blooded players would be more important.

"Being Grand Slam winners gives you that little bit of freedom. (England coach) Eddie Jones is going to South Africa after a poor Six Nations and he’s under pressure to win games to keep his job.

"Joe can make those decisions without any other concerns and just think about what’s going to have Ireland in the best possible place for the World Cup next year." 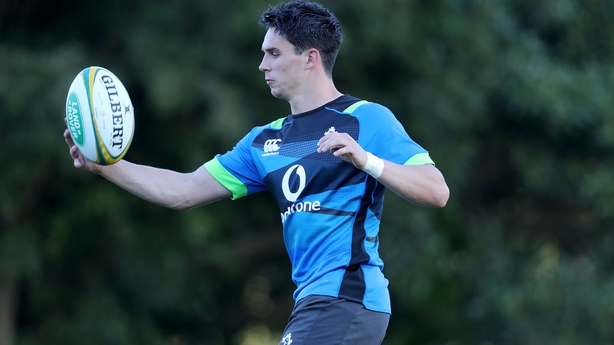 Jackman is particularly looking forward to seeing the "flair" of Carbery at out-half.

"Joey Carbery is a brilliant player." he said. "He’s a player that Leinster didn’t want to lose.

"He’s exciting every time he comes on the field and it’s a big opportunity for him.

"I think it’s still a strong team. He’s going to play outside Conor Murray and CJ Stander at No 8, Bundee Aki and Robbie Henshaw are outside him with Rob Kearney at the back.

"He’s in around really experienced, quality players, who have shown leadership.

"It’s a great opportunity to play him, particularly in the first Test of three, because if it doesn’t go that well Joe can still bring back in the likes of Sexton, Furlong and Healy and win the series."

Jackman is confident Ireland will continue their momentum from a triumphant spring into the trip Down Under.

"I would still make Ireland slight favourites. They’re in a really good place.

"Joe is all about winning but this team has a real chance to develop and win at the same time.

"There’s a bit of a question mark about John Ryan at tighthead but Australia aren’t a side who are going to test that so it’s a great opportunity to blood him.

"The rest of the team is very strong and the way Ireland play, they’re not going to give Australia many opportunities.

"They make so few mistakes, they dominate possession and territory in nearly every game they play and it’s a different style of rugby to what Australian players, who haven’t been going that well in Super Rugby, are used to."

Follow all three Saturday tests between Australia and Ireland with our live blogs on RTÉ Sport Online and the RTÉ News Now app and listen to live commentary on 2fm from 10.45am (11am kick-off).