The international future of Pete Samu remains in limbo with New Zealand Rugby (NZR) yet to decide on the player's release for Australia's test series against Ireland.

Wallabies coach Michael Cheika omitted Samu from his 32-man squad but said pointedly that he wanted to name the loose forward but was prevented from doing so by matters "out of his hands".

Melbourne-born Samu, who will join the Canberra-based ACT Brumbies in Super Rugby next season, is contracted to the reigning champion Canterbury Crusaders and also New Zealand's Tasman provincial side.

"There's no decision," a NZR spokesperson said. "We still are considering a request from Rugby Australia, but have made no decision yet."

Meanwhile, the 26-year-old's Super Rugby coach Scott Robertson said he was pleased that Samu was in Cheika's plans and would abide with whatever was worked out between the two governing bodies.

"We'll support New Zealand Rugby's decision," Crusaders coach Robertson told reporters in Christchurch on Thursday. "He is going to be a Wallaby at some stage isn't he? If it is in June, and they decide it, then great -- good on him.

"He's an Australian who wants to play for Australia, he is good enough to be a Wallaby so we will see when that occurs." 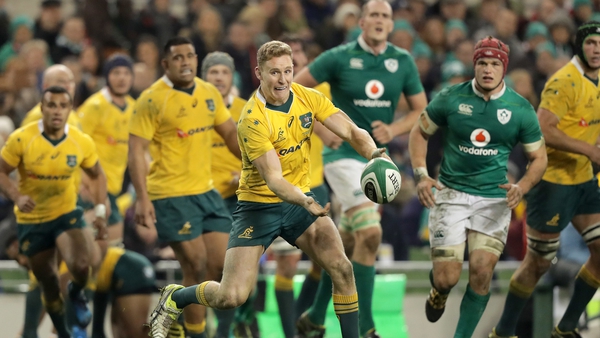