Wasps have defended James Haskell after World Cup winner Lawrence Dallaglio criticised his absence from their 57-33 Aviva Premiership play-off defeat at Saracens in order to attend the Royal Wedding.

Haskell was ruled out of the one-sided showdown at Allianz Park due to a foot injury and was given permission by director of rugby Dai Young to watch Prince Harry and Meghan Markle tie the knot at Windsor Castle.

Former Wasps and England captain Dallaglio felt the loyalty of the Northampton-bound back row, who gave an interview at the wedding, should have been to his club.

"It would be poor form really, wouldn't it?" Dallaglio said in his role as pundit for BT Sport.

"He should be here with his team-mates. I'm sure Harry wouldn't mind, he loves his rugby anyway."

Young leapt to Haskell's defence, however, by insisting he attended the event with his blessing.

"I think Lawrence wanted an invite himself! It was my decision," Young said.

"James has a nasty foot injury and is probably another couple of weeks away from doing anything. The Royal Wedding is a once in a lifetime opportunity.

"I don't think he's done anything wrong. He's supported the players as much as he can and he shouldn't be criticised too much." 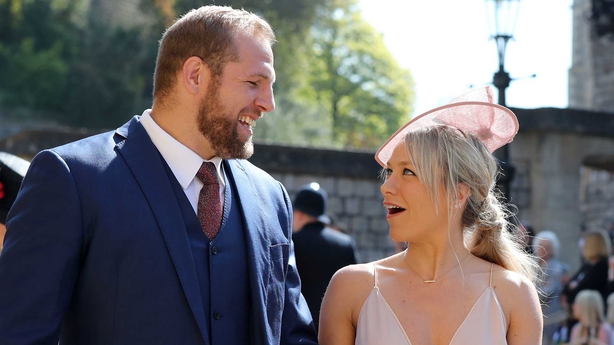 England received mixed news on the injury front that concentrated on their back row after Jack Willis was all but ruled out of next month's tour to South Africa, Nathan Hughes made a strong comeback and fresh doubt surfaced over Billy Vunipola upon his return.

Willis had to be helped from the pitch with a knee injury sustained during a tackle by Owen Farrell and is unlikely to be involved against the Springboks, but his Wasps team-mate Hughes made a first appearance since the NatWest 6 Nations following surgery to the same joint.

"Jack's knee isn't looking too great, it's a hyper extension. He'll have a scan and he's on crutches. The medics think it's serious enough to have a scan straight away," Young said.

"Hopefully it's not too bad but I would be surprised if it is anything that is going to be right in a week or two.

"Considering he hasn't had a lot of rugby, I thought Nathan lasted well and looked far better than when he went into the England set-up in the Six Nations. Whether he tours South Africa is a decision for Eddie."

Vunipola was making his return from a tight hamstring having recently recovered from a broken arm but was withdrawn at half-time due to the same injury and is now a doubt for the Twickenham showpiece next Saturday.

"Billy felt a little tightness in his hamstring and fought with us a little bit to go back out again, but it didn't seem worth the risk," Saracens director of rugby Mark McCall said.

"I think he has got a chance to be fit for the final. He played pretty well for 40 minutes for someone who has played for a long time."