Danny Cipriani has been warned by Eddie Jones that he will be placed on a flight back home if he misbehaves during England's tour to South Africa.

Cipriani makes his first appearance in a senior squad under Jones on the strength of his sparkling form for Wasps - a decade after the last start in an international career of unrealised potential.

The 30-year-old, who is being considered at fly-half and full-back for the three-Test series against the Springboks beginning on June 9, was previously overlooked due to misgivings over his attitude.

Several incidents have blotted his copybook, among them a training ground fracas with Mike Catt and a ban for drink driving, but Jones believes his form means he can no longer be ignored.

Should he transgress again, however, he will be forced to return from South Africa alone.

"I haven't discussed Danny's temperament with him. I've been looking at it purely from a rugby point of view, what he can add and what he can do," Jones said.

"I'm convinced there is something he can offer because he's made changes to his game and his character will come through.

"If he's a good character he could be in the team for a long time. If he's a bad character, there's always a plane back from Johannesburg." 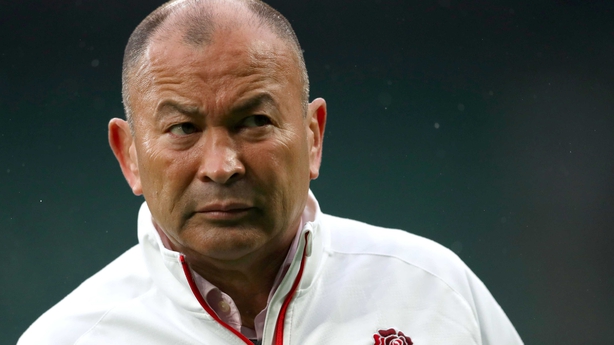 Martin Johnson and Stuart Lancaster are previous England coaches who viewed Cipriani's antics as too high a price to pay for his obvious talent, while at club level his career has been nomadic.

"The baggage doesn't worry me, it's how he behaves in front of me. I can't control what he's done in the past. All I can do is control what he does in the future," Jones said.

"We need to give him that flexibility to display his talent. He's definitely got a creative talent and we don't want to annul that, but he has to understand there's a team and he has to play within that team. It'll be exciting to see how he goes."

More controversial than Cipriani's return is the decision to pick flanker Brad Shields - one of eight uncapped players in the 34-man squad - despite the Hurricanes captain being midway through the Super Rugby season.

The 27-year-old was born and raised in New Zealand but has never been capped by the All Blacks and qualifies for England through his parents. Meanwhile, back row James Haskell is among the players who have been rested.

Shields' inclusion has been criticised by New Zealand Rugby, who nevertheless revealed they will not stand in his path.

The task of leading England in South Africa falls to Owen Farrell in the absence of the concussed Dylan Hartley.

"In English rugby in particular, the key for the captain is to get unity and to get people to work together because the sporting environment here is based around selfishness. It is about the individual game," Jones said.

"During the Six Nations we got complacent about unity, without a doubt, and that's again my responsibility."