Greg Feek is heading for Japan to take up a position with club side Ricoh, but the scrum coach will double up his role with Ireland until after the 2019 World Cup.

Former All Blacks prop Feek has been involved with Ireland since 2011 but assumed a full-time role in 2014.

The 42-year-old will now seek to juggle his forthcoming job in Japan with his Ireland commitments.

"Due to a change in personal circumstances Feek will take up a position with Japanese club side Ricoh in the coming weeks but will continue in his role with the Ireland national team through to the completion of the Rugby World Cup in Japan," read an IRFU statement. 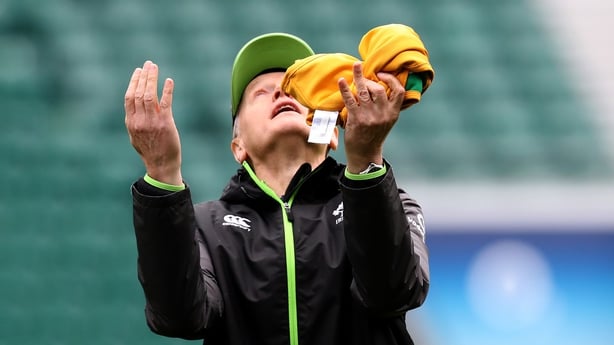 Schmidt could well seek a move back to his native New Zealand after the World Cup, with Farrell in the frame to take charge.

"Simon Easterby joined the Ireland coaching ticket in 2015 having previously held the position of head coach at Llanelli Scarlets.  Easterby has extended his IRFU contract to June 2020.

"Ireland defence coach Andy Farrell has extended his contract through to June 2020 while Richie Murphy who joined the national coaching group in 2014 from Leinster has also extended his role as national skills and kicking coach to June 2020."

The current coaching crop have driven Ireland into second place in the world rankings, with Schmidt's men claiming the nation's third Grand Slam in the 2018 Six Nations.

"We have a world class coaching group that has driven and sustained high levels of performance on the international stage," said IRFU performance director David Nucifora.

"They also support the work of the provinces with their technical expertise and play an important role in the development of young players on the pathway to international honours."