Simon Zebo knows Munster must improve if they are to trouble Leinster in the Guinness Pro14 semi-final and joked that he wants his future Racing 92 team-mates to soften them up a bit.

The 28-year-old, who will move to Paris at the end of the season, played his last home game for the province at Thomond Park this afternoon in a 20-16 win over Edinburgh.

The victory sets up a Pro14 semi-final in the RDS against their dearest rivals and Champions Cup finalists, who meet Racing in Bilbao next Saturday.

Zebo conceded that Leinster, who have gone unbeaten in Europe so far, are on another level but stopped short of wishing them success against the Top14 team. 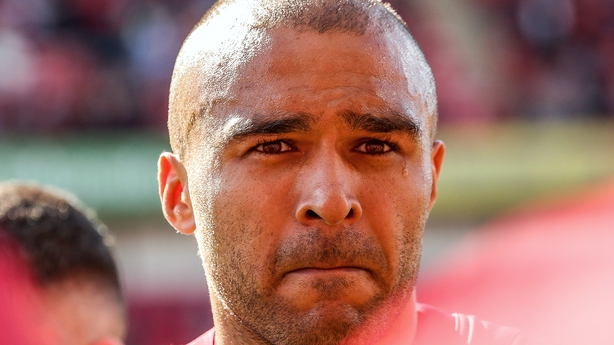 "Our attack needs to improve if we want to take down the Leinsters of this world," the 35-cap Ireland international told Sky Sports.

"I can’t wait. It will be very difficult

"They’ve been incredibly impressive this year, they are like an international side, there’s no weaknesses in their team.

"I think the whole factor of a Munster-Leinster semi-final in the Aviva [will be great].

"I think the attack is probably going to win this game.

"I don’t think any defence is going to give up an inch so we’ll have to improve our attack a little bit, hopefully score a few tries but it’s going to be a hell of a battle.

"Hopefully Racing do a job on them and make them a bit sore for the week after."

Prompted by Alan Quinlan that it might be better if the Blues win, as happened in 2011 when Munster won the Pro12 title a week after Leinster beat Northampton in the Heineken Cup final, Zebo wasn’t too keen on that idea.

Zebo also added that a return to the Limerick venue as a Munster player could happen in the future. 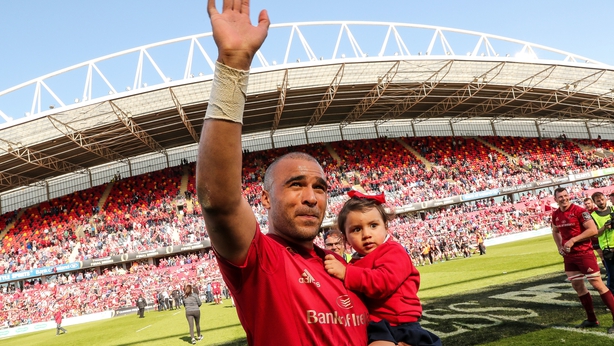 He said: "I couldn't do it justice by saying how much I'll actually miss it, but [coming back to Munster] will never be written off.

"Growing up as a Munster man, to get the opportunity to represent your home province, there's nothing like it.

"Obviously I've been very lucky and blessed to be able to do it for the length of time I did, but hopefully it's not the end.

"It was great to bring the kids out onto the pitch and see my daughter and son waving at the crowd.

"I know they don't know what's going on now, but in years to come I'll be able to tell them about the time we were in Munster, so I was very proud."