Munster geared up for a Pro14 semi-final play-off with a second-half fight back against Ulster to draw 24-24, a result that head coach Johann van Graan conceded felt like a victory.

The Red Army were already assured of second place in Conference, but faced an Ulster side knowing only a bonus point win at Thomd Park would suffice to sneak into the semi-final play-offs.

The visitors scored three first-half tries to lead 24-14 at the break, but a Robin Copeland try and JJ Hanrahan’s 68th minute penalty ensured a share of the spoils and the South African was pleased with the character shown following a challenging start.

"I said to the guys in the dressing room, we’ll never be happy with a draw, but it definitely feels like a win," he told RTÉ Sport. "I thought the second-half performance was really excellent."

Van Graan used the interval to call for a more direct approach and said it allowed the team regroup and focus on clawing their way back on the scoreboard. 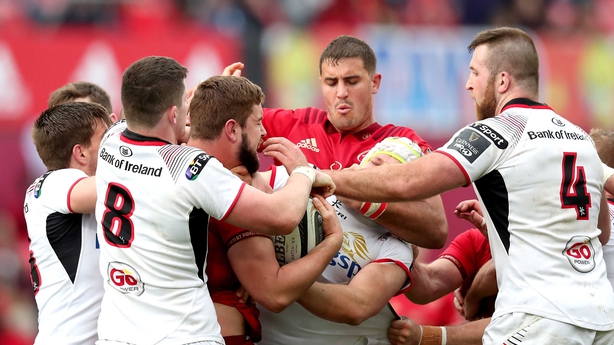 "Everybody was calm. I got the message across though the assistant coaches. I just said, ‘Listen, it’s time to get into their half and start to win some collisions’ and I think we did that."

Edinburgh travel to Limerick next for the right to take on Leinster in the Pro14 semi-final and Van Graan says the performance of his much changed side - only Sam Arnold remained in the Munster XV from the Champions Cup semi-final defeat – was encouraging.

"Now we have a bit of thinking to do and look at our opponents and how we will approach next week.

"We can’t wait to get back to Thomond Park." 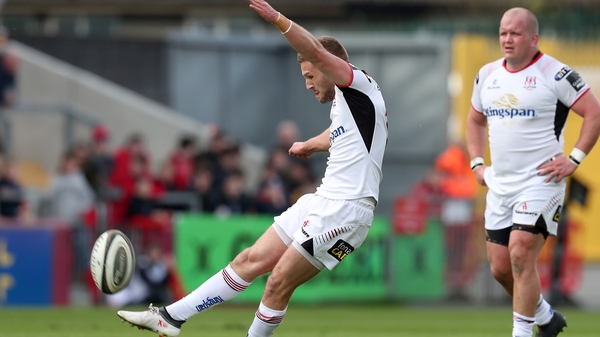