Leinster are heavy favourites to reach the Champions Cup final in Bilbao by beating Scarlets this afternoon at the Aviva Stadium.

The tag is fully justified with the three-time winners having topped their pool with six wins from six before dumping out back-to-back champions Saracens with a thoroughly convincing performance.

One bookmaker is offering one euro in winnings if you give them seven. That's how the money men see this game going.

But we've been here before - Irish sides heavily fancied to do the business against Welsh teams.

The men from the valleys regularly come in under the radar, forget to read the script and leave with the loot, waving cheerio to the Irish fans, scratching their heads trying to figure out what just happened!

Here we look back at some of the times the Welsh came, saw and conquered.

Odds: One odds-setter had Leinster at 4/9 to win, an Ospreys victory was quoted at 15/8. 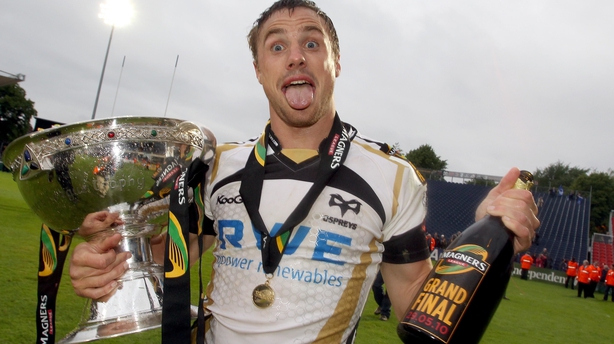 At this point Leinster had won their previous six encounters with the Welsh region and had home advantage at the RDS for the decider.

Boasting a team containing multiple 2009 Grand Slam and Heineken Cup winners, Michael Cheika’s side came in on the back of a 16-6 semi-final win over Munster but simply failed to show up on the day.

Ospreys, with the in-form Tommy Bowe on the scoresheet, took advantage and never looked like losing. Lee Byrne’s converted try five minutes before the break proved to be the winning score. 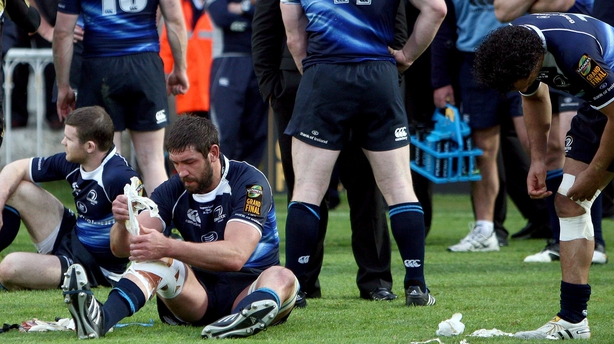 "Ospreys deserved the win but we’re disappointed with ourselves," said the departing Australian coach afterwards. "We didn’t play well, we tried to fight our way back into the game, but we made too many mistakes

"I think we had opportunities to come even closer, but you have to take everything at that point, and take every opportunity that you get.

"Unfortunately, we still made a couple of small errors. We showed plenty of guts and plenty of fight, but to win finals you have to be at the top of your game."

Odds: A bookmaker offered Ireland at 15/8 to cover an eight-point handicap.

Still buzzing from their most impressive World Cup victory – a 15-6 win over Australia in Auckland – Ireland went on to top Pool C with comfortable triumphs over Russia and Italy.

"I really thought Ireland had enough to win the competition," said Rob Henderson at the time.

The players might not have been thinking so far ahead but many Irish supporters had the same feeling as the former Ireland centre - this draw was a great opportunity to break new ground. 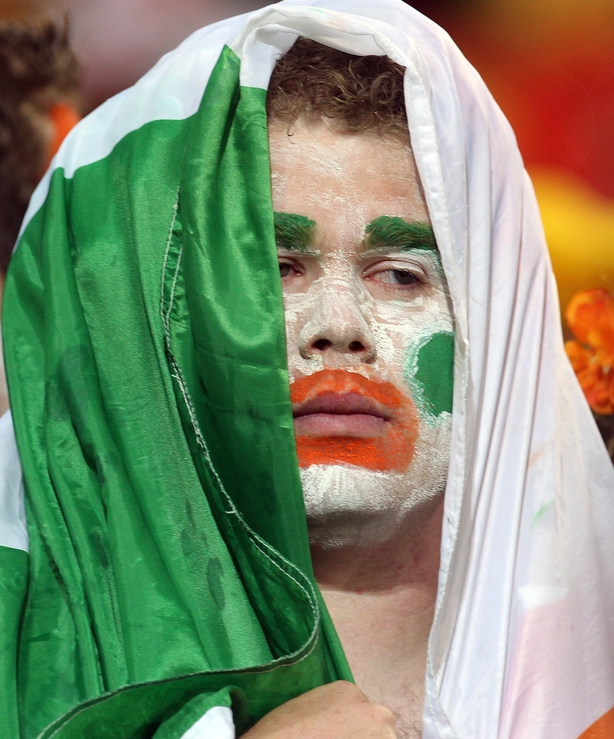 Finishing top meant that they avoided South Africa in the quarter-final and ‘only’ had to beat Wales, who had lost nine of the previous 12 encounters and finished below Ireland in that year’s Six Nations, to qualify for their first ever semi-final.

After that it was England, who Ireland had beaten in the Six Nations, or France, already hammered by New Zealand in the pool, that stood in the way of a final appearance.

And that was likely to be against the All Blacks, who had a great habit of choking when William Webb Ellis came into sight. Talk about getting ahead.

Back in the quarter-final Wales got off to a flyer in Wellington and led through a Shane Williams try in the corner. 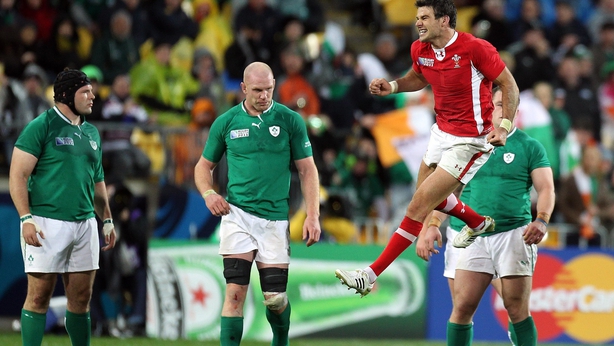 Although Ireland squared it up with a Keith Earls touchdown, there only looked like one winner after that, tries from Mike Phillips and Jonathan Davies sealing the result and an Ireland team with Brian O’Driscoll, Ronan O’Gara, Sean O’Brien and Paul O’Connell were left stunned.

O'Driscoll said: "We got outplayed in the second half, they scored two good tries, maybe there was some weak defence but we are very disappointed to be going home.

"It was a great opportunity after winning the group but they proved worthy semi-finalists and good luck to them." 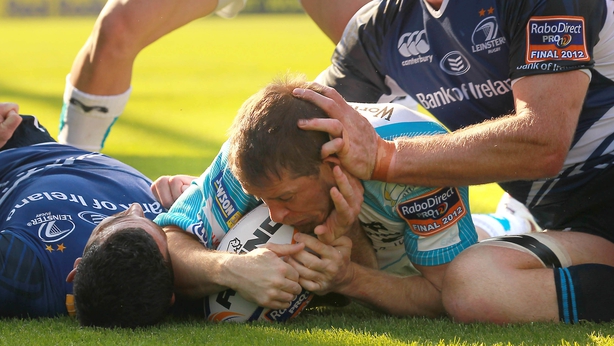 A repeat of the 2010 final at the RDS produced another shock result.

Leinster were attempting to complete a double, having lifted their third Heineken Cup in four years just the week before.

But the Welsh visitors were having none of it.

Joe Schmidt's men led 30-21 after tries from Sean Cronin and Isa Nacewa but Ospreys clung on and Shane Williams, in his last appearance for the region, ducked over in the corner late on for a try that was converted by Dan Biggar to steal the win.

Scarlets For You - Welsh Embarrass Irish in Dublin Double Take 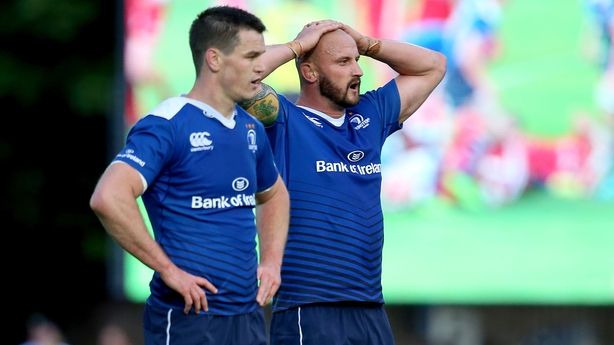 Leinster finished eight points clear of the Scarlets in the table, helped by a 45-9 destruction of the Welsh side at the start of March.

Wayne Pivac’s side had beaten Leinster in Llanelli the previous November but the majority of the stats were in the hosts’ favour.

Leinster had amassed a record 91 tries that league season, they had four 2017 Lions tourists on show to Scarlets’ two.

The visitors’ only previous success away to Leinster came in 2007. Leinster had averaged more points (30.6) than any other team in the league, their scrum (97%) was the best in the competition. 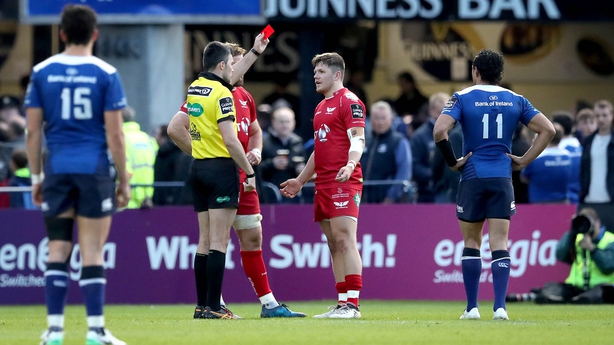 But that all went out the window early on and Steff Evans, who was sent off just before the break, scored the opening try. Garry Ringrose hit back for Leo Cullen’s side but a quickfire double from Aaron Shingler and Gareth Davies gave the Scarlets a lead they would keep to become the first team to win an away semi-final.

"They did it with 14 guys and at the end of the day we have to give them credit to come to the RDS and do that. It's going to be a long summer." 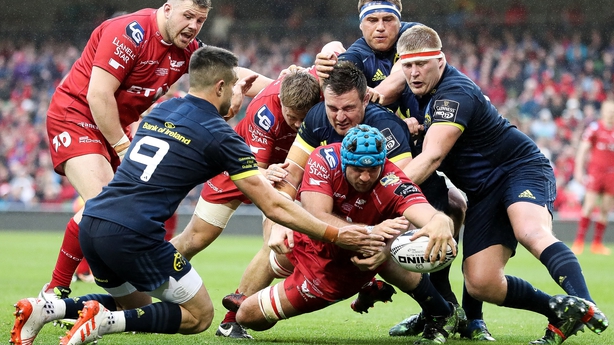 Despite that performance Scarlets were second favourites to dispose of Munster in the final a week later but again made light of the 3/1 price to run out comfortable winners.

"You don’t change much," said Munster skipper Peter O'Mahony ahead of the game.

"I think it’s week 48 or 49 that our schedule is at (this season). You make little tweaks here or there but we have our plan that we have stuck to over the last nine months.

"We’re not going changing majorly over the next five or six days." 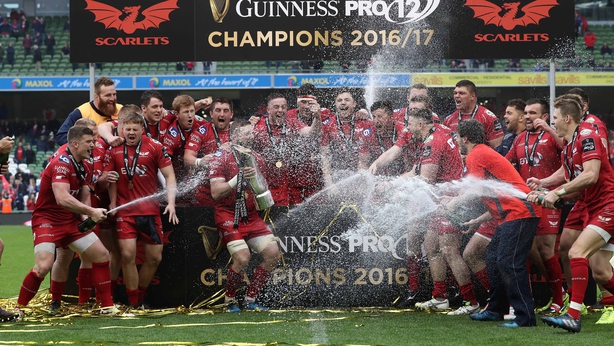 Neither were the Scarlets who had the game won at half-time with a four-try haul, including one for Tadhg Beirne.

They went on to post a record winning margin for a final, 46-22.

"It felt like every time we got the ball we gave it away, and every time they got it they scored," O'Mahony said.

"You see how good they are and how clinically they can finish. It's very difficult to compete if you're coughing up ball all the time."