Connacht mounted a spirited second-half comeback but couldn’t prevent Glasgow from securing a home Pro14 semi-final with a 35-22 victory at Scotstoun.

The Warriors have bossed Conference A in Dave Rennie's first season in charge, and got the win they needed to make sure they would finish top at the end of the season.

They ran in four tries to give themselves breathing space over Munster with two games still to play.

Alex Dunbar and Fraser Brown scored on their returns from injury while Pete Horne kicked 15 points in another good performance at Scotstoun.

The visitors caught Glasgow cold in the opening moments as an error from Horne gifted possession inside the 22 and they capitalised by kicking into the corner.

A powerful maul saw Connacht push towards the line before Finlay Bealham bundled over but the joy was short-lived as the Warriors hit straight back.

DTH van der Merwe broke free of the defence after a well-worked set-piece move and fed Stuart Hogg who had an easy run in, before three kicks from Horne made it 13-5.

The two sides traded another penalty apiece but the hosts were well on top and punching regular holes in the defence. 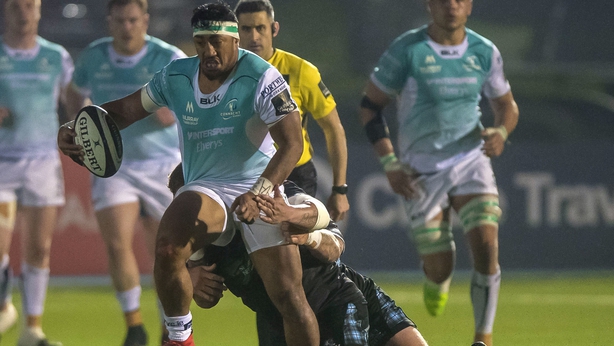 They could not hold out forever and it was no surprise when a lovely delayed pass from Horne sent Dunbar flying through the defence and the centre straightened up before racing clear for a second try and a comfortable lead.

Fraser Brown scored a third on the brink of half-time

The bonus point was secure minutes after the break after a delightful offload from Dunbar freed Matt Fagerson, and the forward stormed up the pitch before offloading to Henry Pyrgos to crash in under the posts.

Despite the game being already out of their reach, Connacht responded well and enjoyed a sustained period of pressure in the Glasgow half.

Alex Allan was sent to the sin bin after an hour for repeatedly infringing at the scrum but after the Warriors looked to have seen off the threat, the visitors struck from deep with Caolin Blade running over.

They were awarded a penalty try late on as the game limped towards an end as Glasgow were once again found wanting in the scrum, but they finished the game on top to close out a win that sees them secure their home semi-final. 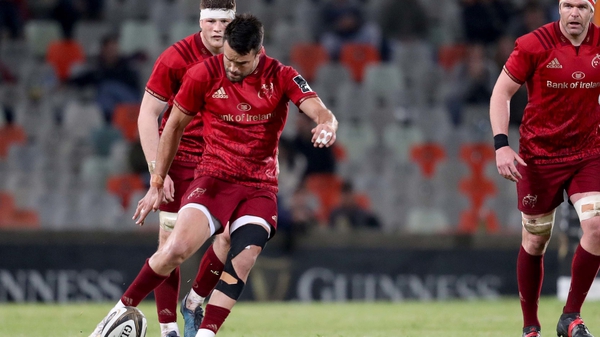