Leo Cullen reported a clean bill of health from his Leinster dressing room after victory over Zebre in the Guinness Pro14.

Starting with just five of the side that beat Saracens in the Champions Cup quarter-final – Cian Healy, Tadhg Furlong, Devin Toner, Dan Leavy and James Lowe – Cullen relied on his young guns to produce the goods, and that they did after an "anxious" first half against the Italians.

"It looks like we’ve come out of the game reasonably okay," the head coach told RTÉ Sport.

Leinster will meet Treviso next Saturday, while Scarlets await in the Champions Cup semi-final in two weeks’ time.

"All the while, we are conscious of what’s ahead," added Cullen when asked about his build-up to the Aviva clash on 21 April.

"We’ll have a few guys that come into the mix next week, hopefully bring some fresh energy into the team." 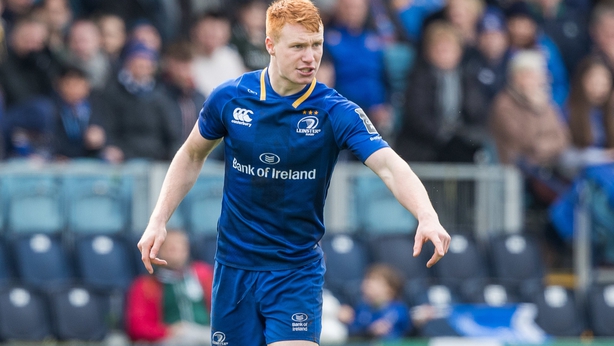 The centre came on as a 66th-minute replacement for Rory O’Loughlin.

"It was great to see Gav come on for his debut," said Cullen.

"It’s always a special moment for the players. You see the energy in the dressing-room. Everyone else gets a kick out of seeing that as well.

"It’s great for him, he’s worked hard and he’s been very consistent in training. He’s done a lot of the training over the last few months. He’s really impressed all the coaches, delighted to see him get his reward.

"Also Vakh Abdaladze, who came on and scored a try as well. A good day for him as well."

Absolute grand larceny from @MaxDeegan! 😱@leinsterrugby's third try against @ZebreRugby comes courtesy of some pick-pocketing from the back-rower!

Leinster held a 12-3 lead at the break but pushed on as the rain eased up.

Deegan’s first try straight after the break earned a comparison with Conor Murray’s try for Munster against Toulon last week, as he was quick to realise that the ball at a ruck was in play.

"We made tough work of it in the first half," said Cullen.

"When it started to pour down conditions became very difficult. We are pleased how the second half went, much, much better.

"We needed something to settle the nerves, we were a little bit anxious in the first half.

"Max did well to spot that the ball was out and took the opportunity really well."

🏉 #LEIvZEB@leinsterrugby attentions turn back to domestic action as they will look to help secure a home Final Series tie today when @ZebreRugby visit.#GUINNESSPRO14 pic.twitter.com/Z5XhC5Tfft