Donnacha Ryan will have another Champions Cup reunion with Munster after Dan Carter came off the bench to steer the French side to a hard-fought quarter-final victory at Clermont Auvergne.

Ryan faced his old team in Paris back in January, when Racing edged a 34-30 pool win, and will now square up to the province in a mouthwatering last-four showdown in Bordeaux.

Racing trailed 17-16 at Stade Marcel Michelin when Carter jinked through the Clermont defence to set up Marc Andreu for the game-breaking try, although the final pass was only ruled legal after lengthy TMO deliberation.

Carter was then involved again as Racing put the game beyond doubt by sending Boris Palu over in the corner. 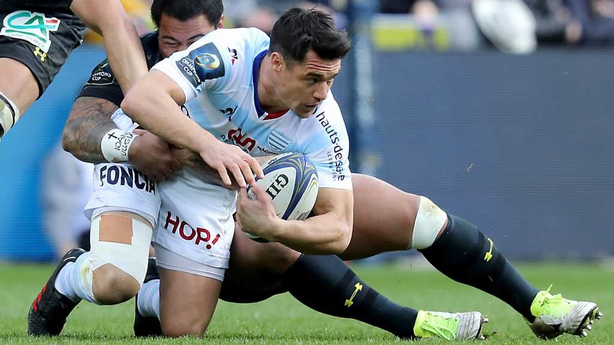 Clermont had led 9-0 after three Morgan Parra penalties but Racing responded through Leone Nakarawa after a brilliant break from Andreu. Virimi Vakatawa also had a try disallowed for obstruction.

Clermont reasserted their advantage as Parra broke and put Peter Betham over out wide with a superb long pass and Nick Abendanon was stopped inches short of adding another.

But Racing stayed in touch with Maxime Machenaud landing three penalties and Carter's brilliance made the difference in the latter stages.