Dylan Hartley and Elliot Daly remain in contention for England's NatWest 6 Nations clash with Ireland at Twickenham on Saturday.

Captain Hartley missed last weekend's 22-16 defeat in France with a tight calf, but head coach Eddie Jones expects the hooker to recover in time to take part in the final round of the Championship.

Lions wing Daly sustained a foot injury in Paris and underwent a scan on Monday, the results of which have yet to be disclosed by England.

Henry Slade, Alec Hepburn and Nick Isiekwe will return to their clubs after being omitted from the 29-man squad retained at England's Surrey training base to continue preparations for Ireland's visit.

Saturday's loss at the Stade de France meant Ireland won the Six Nations title with a round to spare, and a third successive defeat for England would be the first time they have lost three games in the Championship since 2006.

If results go against England, who have lost Nathan Hughes and Courtney Lawes to knee injuries, then they could finish as low as fifth. 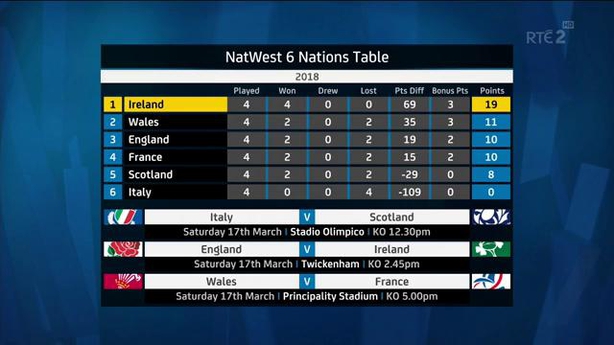