England captain Dylan Hartley is expected to be available to face Grand Slam-chasing Ireland at Twickenham on Saturday but doubt now hovers over the fitness of Elliot Daly.

Hartley could return for the final round of the NatWest 6 Nations against the newly crowned champions after missing the 22-16 defeat in France because of a tight calf that developed in training last week.

Jamie George deputised at hooker in Hartley's absence - Owen Farrell took over as skipper - but the Saracen failed to make an impact at the Stade de France so Hartley is poised to make an immediate comeback.

"Dylan ran this morning (Monday) but we need to get a medical report on him," head coach Eddie Jones said.

"I expect him to be available but we'll just have to wait and see. If he's fit then he'll be playing."

Daly's fitness hinges on a scan for a foot injury with the Wasps wing currently wearing a protective boot around his left leg.

The trip to Paris was Daly's first appearance of the 2018 Six Nations, having recovered from ankle and calf problems, and he acquitted himself well in difficult circumstances.

"The boot is just a precaution. He'll go for a scan today (Monday)," Jones said.

Defeat to Ireland would condemn England to their worst Six Nations performance since 2006 - the last time they lost three games in a Championship - and they could finish as low as fifth in the table.

The latest world rankings, published on Monday, revealed that they have been replaced by Joe Schmidt's men in second place in the wake of successive defeats by Scotland and France. 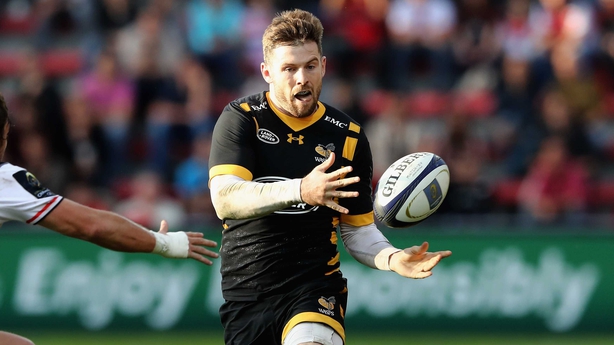 Asked if his belief in what the team can achieve has been shaken, Jones replied: "No, not at all.

"Every good team goes through this period. It's actually an essential part of developing a great team.

"The learnings we'll get from this, albeit very painful, are absolutely crucial going forward because it's about how we respond.

"It's not as if we can't play rugby, we know we've got good players as they've played for the Lions and won games for England.

"When you get a loss it tests your mental resolve and that's the test we've got to face.

"Obviously we need to get over the disappointment of losing to France. We've reflected on the game and we did enough to win, but sometimes the result doesn't go your way.

"We've just got to focus now on Ireland. We've started that with a short run this (Monday) morning and a couple of meetings to get us on the front foot.

"Ireland are a good team. I said at the start of the tournament they're a good team and they've proved that - they're worthy champions of the Six Nations."