There's a Slam at stake this Saturday for Ireland, but to snatch it Joe Schmidt's men must pull off one of the toughest tasks any Irish side can face: winning at Twickenham.

There's been good days and bad in our Six Nations battles with our neighbours over the last decade.

Here, we look back on how the last ten meetings have played out. 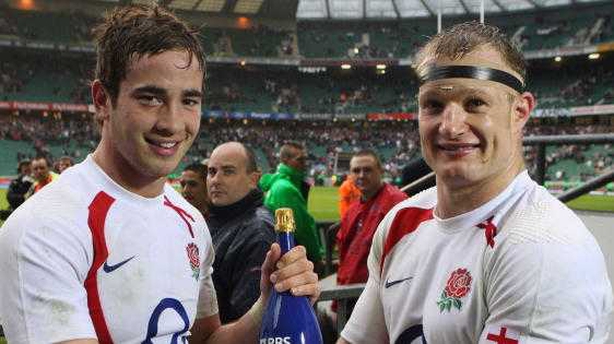 Ireland went 10-0 ahead thanks to a try from Rob Kearney and two Ronan O'Gara penalties, but Danny Cipriani was the star on the show, kicking 18 points on his first start for England as they cruised to victory. It took some heat off Brian Ashton, but his opposite number Eddie O'Sullivan took plenty of flak. He would resign four days later. 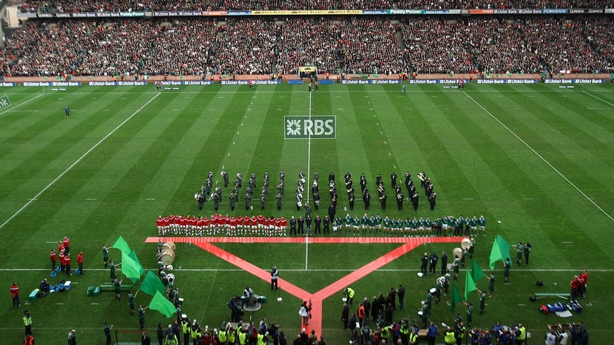 Even for a fixture that's always charged with emotion, this was special. Ireland hosted England in Croke Park as Lansdowne Road was being redeveloped, and came away with a hard-fought victory on a day that will be remembered for the outpouring of passion from the Ireland players during the national anthem. Brian O'Driscoll scored the only try for Ireland. 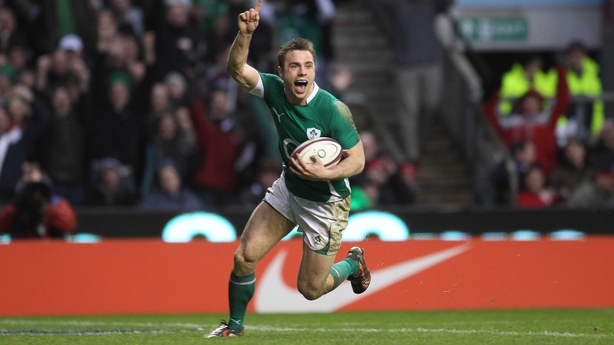 It was a day for the wingers in Twickenham as two tries from Tommy Booooooooowe and one from Keith Earls. The big talking point ahead of the game was Declan Kidney's decision to drop fly-half O'Gara in favour of 24-year-old Sexton, who kicked a penalty before being replaced by his rival after 69 minutes. 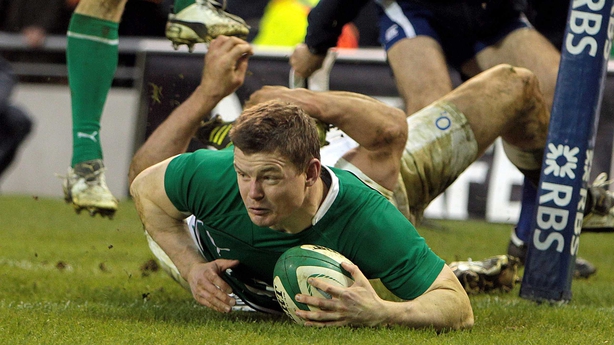 Ireland got one over on their neighbours in the Aviva Stadium by ending their Grand Slam hopes - they were chasing their first since 2003. As well as being a good day for the team it was a good day for captain Brian O'Driscoll, who broke the championship try-scoring record with his 25th try. 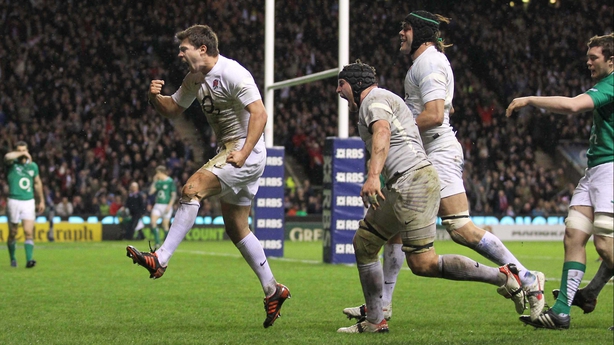 It was Stuart Lancaster's first Six Nations campaign in charge of England and he laid down a big marker on their home turf. Sexton landed three penalties but that was all Ireland could muster. They only trailed by three points at half-time but there was no stopping England in the second half. 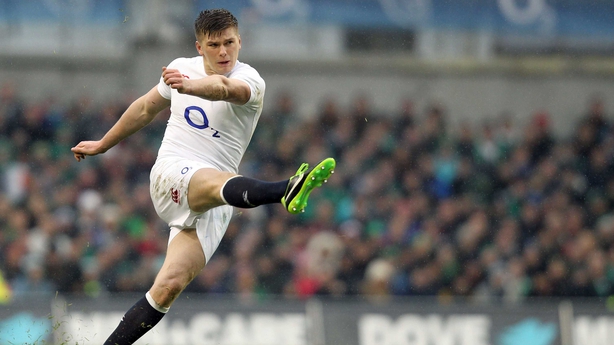 It was a wet day in Dublin when Lancaster and his inexperienced side came to town. Try as they might, Ireland couldn't break through their opponents and two penalties from Owen Farrell were enough to better Ronan O'Gara's brace and seal their first win Dublin in a decade. 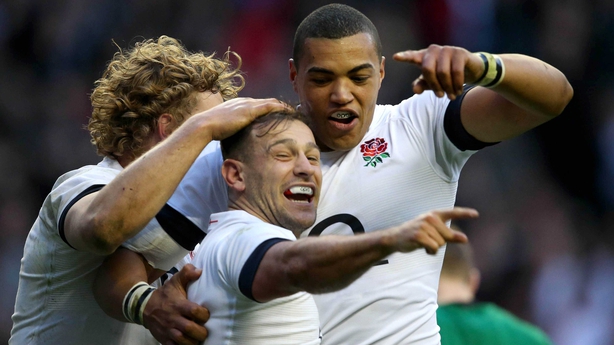 In one of the great battles at Twickenham, England's victory ended Ireland's Triple Crown hopes. Things were looking good for Ireland when Rob Kearney's try gave them a seven-point lead. However Danny Care responded with a try and the last fifteen minutes of the game were hard fought. It was Brian O'Driscoll's last appearance at the stadium. 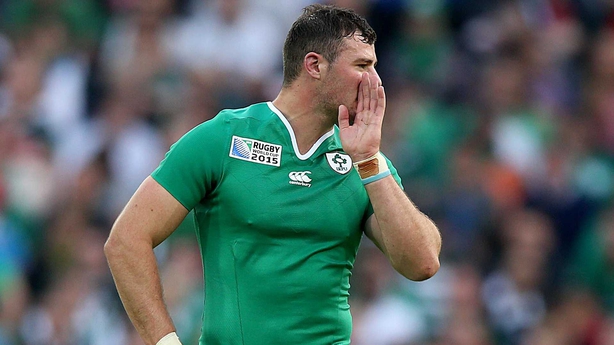 An impressive display from Ireland saw them earn a comprehensive victory over England, thanks to four penalties from Jonathan Sexton along with a conversion after Robbie Henshaw touched down secured the win. George Ford was the only England player to get on the score-board; he kicked two penalties and a drop goal. 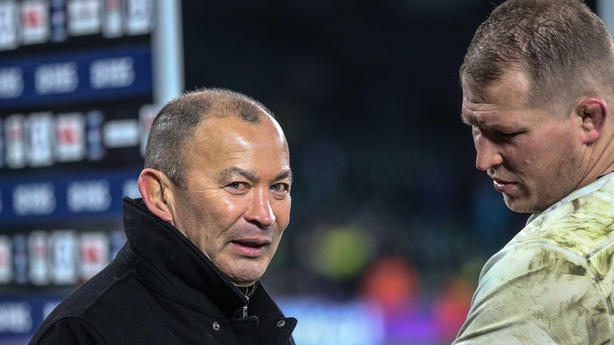 Eddie Jones was new in the job and he made it three wins from three, maintaining the the perfect start to his tenure.Although Ireland had the lead in the second-half after a Conor Murray try England scored two tries in five minutes from Anthony Watson and Mike Brown to secure victory. 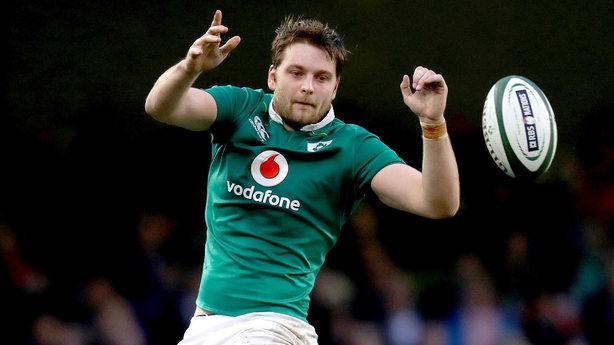 You better believe this will be fresh in the minds of Eddie Jones and Co when they line up for the anthems this Saturday. England’s Grand Slam dream came to an end and so did their world record run of victories at the Aviva Stadium when they were defeated by a pumped-up Ireland. A try from Iain Henderson plus a conversion and two penalties from Sexton sealed the win for Joe Schmidt’s side. Revenge is a dish best served on St Patrick's Day? Let's hope not...