Former Munster director of rugby Rassie Erasmus has been confirmed as South Africa's new coach, replacing Allister Coetzee as the Springboks look towards being contenders for World Cup glory in Japan next year.

Erasmus has signed a five-year contract to the end of the 2023 World Cup in France and has been tasked with improving the results of the side after they slipped to sixth in the World Rugby rankings.

The decision to appoint Erasmus, who had been acting as director of rugby in South Africa, was widely expected and he will stay in both roles as he finally fulfills his ambition of coaching the side having missed out to Coetzee two years ago.

Erasmus will be assisted by Jacques Nienaber, Pieter de Villiers and Mzwandile Stick, with Welshman Aled Walters appointed the Head of Athletic Performance.

Nienaber and Walters both worked with Erasmus at Munster, while former France international prop de Villiers was a scrumming consultant to the Boks between 2012 and 2015.

"The Springbok team is our flagship brand and the on-field performances have a direct impact on the business of SA Rugby," said Jurie Roux, CEO of SA Rugby. 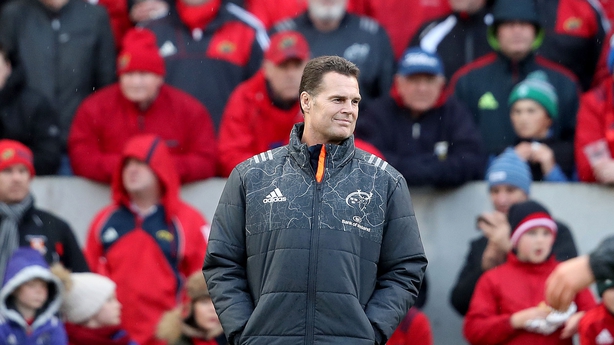 "Following a very detailed review process of the 2017 season, I believe that we have managed to assemble a strong and experienced Springbok coaching and management staff. We are looking forward to see improved performances this season."

Erasmus believes he can make South Africa competitive at the World Cup next year and potentially improve on the bronze medal the Boks won in 2015.

"It is a huge task to coach the Springboks and I am very privileged," he said.

"I really believe we have the players and the rugby IP (intellectual property) to turn things around and to mount a serious challenge at next years Rugby World Cup.

"We have 18 Tests and just under 600 days until Japan 2019 and although a lot of planning has already gone into our Rugby World Cup preparation, it is very important that we prepare thoroughly for the matches against Wales and England in June."

Erasmus first test will be a friendly in Washington against Wales on June 2, before three home games against England on successive Saturdays thereafter.