Conor O'Shea wants Italy to learn from their mistakes made against Ireland when the NatWest 6 Nations Championship enters new territory on Friday night.

The Azzurri head to Marseille's Stade Velodrome to take on a France team playing its first Six Nations home game outside of Paris.

Both sides lost their opening two fixtures - France by a combined total of eight points - but Italy conceded 15 tries and 102 points in being beaten by England and Ireland.

The losers in Marseille will be firm favourites to prop up this season's Six Nations table, but Italy boss O'Shea is far from downbeat.

"We have a young group which learns match after match," he said.

"We knew that the first two games against England and Ireland would be very tough, but there were a lot of positives in our performance.

"I believe very much in this group and in the path we are going down together.

"A year ago, the depth and the internal competition we can count on today were totally different, and I hope everyone in the environment will see the great progress we are making with Benetton and Zebre.

"In Dublin in the first-half we did not do what we expected, but it is important for us on Friday to learn from our mistakes and show our game-plan, show off our rugby throughout the game.

"For us, Friday is a new opportunity. We must focus on ourselves, and I hope we can offer ourselves and our fans a performance to be proud of."

O'Shea has made three changes from the side beaten by Ireland, with prop Andrea Lovotti and hooker Leonardo Ghiraldini both gaining starts, while Maxime Mbanda features in the back-row, packing down alongside Sebastian Negri and skipper Sergio Parisse, who wins his 132nd cap.

France have beaten Italy five times in succession, including a World Cup victory, but Les Bleus will be wary of Six Nations defeats against them in 2011 and 2013.

Head coach Jacques Brunel changes five of the side edged out by Scotland at Murrayfield 11 days ago, including a new back-three of Hugo Bonneval, Benjamin Fall and Remy Grosso.

The other switches are in midfield, where Toulon powerhouse Mathieu Bastareaud partners Geoffrey Doumayrou, and at lock, with Paul Gabrillagues featuring alongside Sebastien Vahaamahina. 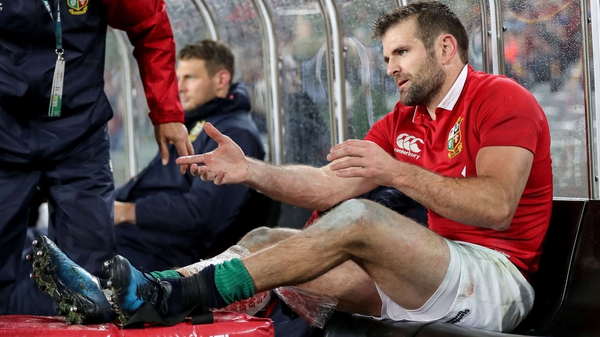