The three team changes made by Welsh head coach Warren Gatland were significant, but it is the return of out-half Dan Biggar which is likely to have the biggest impact on Ireland’s gameplan.

The inclusion of Leigh Halfpenny, Liam Williams and Dan Biggar gives the pre-match talk a much different outlook.

Aerially dominated by England, Halfpenny is Mr Dependable at full-back while Williams has shown himself to more than capable of plucking balls out of the air.

Biggar too, who has been given the all clear by the medical team to line out in Dublin, is arguably the finest out-half to chase his own aerial bombs. All in all, it makes Wales a more difficult proposition to the one that started at Twickenham. 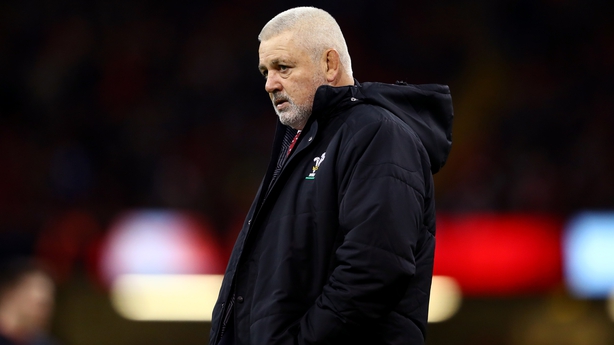 Gareth Anscombe did well to slot in at 10 after Rhys Patchell left the field injured, but neither possess the kicking games of Halfpenny and Biggar.

England simply played territory knowing that a hemmed-in Wales hadn’t the same expertise to engineer a sufficient escape. That won’t be the case come lunchtime at the Aviva and Warren Gatland will be delighted to have the Ospreys man back in the starting team.

A shoulder injury suffered against Clermont Auvergne in January was expected to rule him out of the opening three rounds, but he has battled back ahead of schedule to earn a 61st cap for his country.

"He’s not played for quite some time," defence coach Andy Farrell told RTÉ Sport this week.

"It’s tough for anyone, even with the quality of Dan, to come back in after a six or seven-week lay-off into a game of this magnitude, but that’s what class players do. We’re expecting Dan to be at his best."

The out-half’s impact on his team-mates is a significant factor too. Eddie Jones questioned the mental strength of the callow out-half in the lead-up to the Twickenham defeat. Even the Australian wouldn’t try that trick with regards to Biggar.

"The way he bosses the game and controls the play around him, that will bring an edge to Wales," Welsh-born Kieran Marmion offered.

"He’s got a good high-ball game, you’ll often see him chasing his own kicks. He’ll definitely get players around him moving a bit as well."

The point regarding his aerial dominance cannot be understated.

Rob Kearney, himself no slouch in the air, looks certain to hold onto the 15 jersey and expects to see Biggar implement his attacking kicking game at every opportunity. 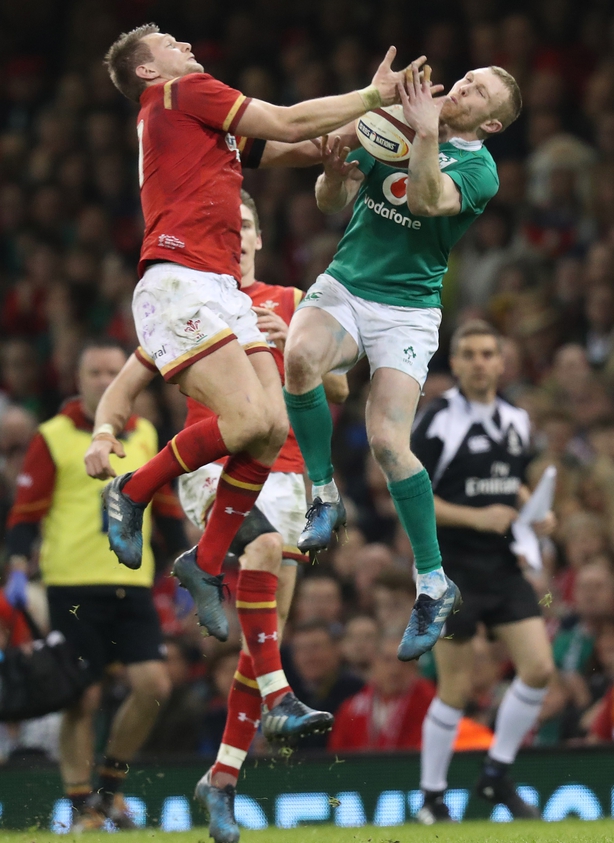 "They put a lot of onus on him to go fetch their own balls which you wouldn’t see a whole pile of 10s doing that across the board."

Kearney admits that playing against a kicking 10 of Biggar’s quality requires an inordinate amount of concentration. Any generous space will be exploited and it can often be a game of cat-and-mouse.

"It’s tough. Certainly as a full-back, it’s one of the hardest parts.

"Physically you are doing a lot of running, trying to cover a huge amount of space, but even more so mentally. I’m trying to get the jump on him, trying to think a second ahead of where he wants to put the ball.

"There is a huge onus on the full-back at the weekend to make sure he doesn’t find grass with a huge amount of time." 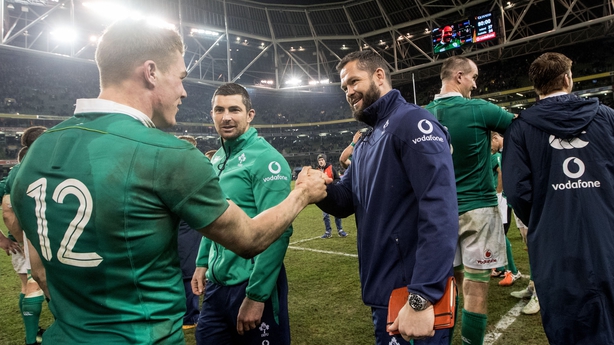 Every out-half has their tell-tale signs according to the Leinster man.

"It's something I would study a huge amount this week would be his cues and trying to be a step ahead of him."

An orchestrated kicking game would almost be at odds to the running game the Welsh seem to be nurturing, but either approach can be exploited in the full by winger Williams.

George North was introduced against England, but he will have to make do once again on the bench with Williams getting the nod. He’s had injury issues this season, but a scintillating try for Saracens last week came at a good time and will lurk with danger on Irish soil.

Farrell knows only too well that not only are they capable of snuffing out Irish threats as they have done in the past, but will look to take to the skies themselves in a territory battle.