Ulster head coach Jono Gibbes have made four changes to his side to take on Edinburgh in the Pro14 at Kingspan Stadium on Friday, with Tommy Bowe among those recalled to the starting line-up.

Ludik and the fit-again Bowe are straight swaps for fullback Piutau and left wing Lyttle, as they come in to join last week's Man of the Match Craig Gilroy in the back three.

The Irish international midfield partnership of Stuart McCloskey and Luke Marshall are retained, as are the half-back combination of John Cooney and Johnny McPhillips. 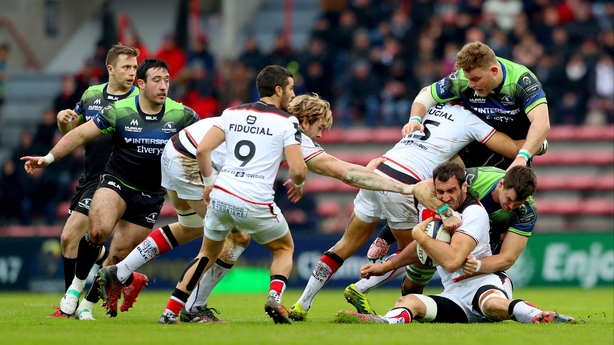 Prop Finlay Bealham is set to make his 100th appearance for Connacht as they host Zebre in the Sportsground on Friday.

Bealham is one of four changes to Connacht’s starting XV from the side that beat Ospreys last week. With Tiernan O’Halloran sidelined with a hamstring injury, Darragh Leader comes in at full back to join a back three that includes wingers Cian Kelleher and Matt Healy.

Sean O’Brien’s return from injury is a further boost as he starts at number 8 after picking up a shoulder injury in the win over the Southern Kings in September. O’Brien will be joined in the back row by openside Naulia Dawai and blindside Eoghan Masterson who captains the side.

The only other change is the inclusion of lock Gavin Thornbury who came on as a substitute in the victory over Ospreys.