Eddie Jones refuses to believe that Ireland’s national set-up gives them an advantage over his England team.

Jones is seeking to mastermind an unprecedented third successive Six Nations title and his reigning champions have been installed as odds-on favourites to retain their crown, with Joe Schmidt’s men behind them in second.

England have compiled 22 wins from their 23 Tests under Jones, but it is Ireland who enter the tournament buoyed by the imminent qualification of three provinces for the knockout phase in the European Champions Cup, contrasting with the troubled campaigns endured by Aviva Premiership teams.

Schmidt has far greater control over his players, who are centrally contracted, while on English shores Jones is shackled by Twickenham’s agreement with clubs.

"You can only put 15 players on the pitch and those 15 players have got to play with heart, passion and pride," Jones said.

"It doesn’t matter what system you have, it’s up to the quality of the players you put on the field. If I say, ‘Yes, they’ve got an advantage’, I’m saying we’ve got an excuse.

"We don’t have any excuses. We’ve got what we want, we’ve done well with that system and we will continue to do well with it.

"While you always like your players to win, if they’re not successful at club level it doesn’t mean that you can’t be successful at international level."

Jones has named eight uncapped players in a 35-man squad that will travel to Portugal on Sunday for a week-long training camp. 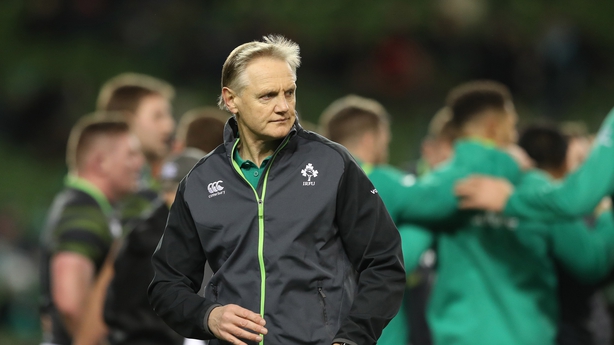 Despite England’s status as favourites, Jones looked for enemies when asked if the squad selected was good enough to deliver the title.

"If you read the papers, then we might as well not turn up. I don’t even know why we’re having this press conference," Jones said.

"Ireland are dominating Europe, their sides are going well. They have this central contracting system that allows them to have their players at their peak.

England expect to be without Billy Vunipola for the entire Six Nations due to the fractured arm sustained by the number eight on European duty for Saracens last weekend, his fourth major injury inside 14 months.

Further thinning England’s resources in the position is the knee problem that prevents Nathan Hughes from taking part until the latter rounds, leaving Mercer and Sam Simmonds to battle it for the vacancy in the back row.