The hosts were 11-3 ahead at half-time but Toulouse, who could have shot up to third in the table with a win, made a game of it when Wandile Mjekevu crashed over.

Quentin Lespiaucq had crossed for Pau in the first half with Tom Taylor kicking two penalties.

Martin Puech was sent off nine minutes from time for a tip tackle on Jean-Marc Doussain but Pau held on. 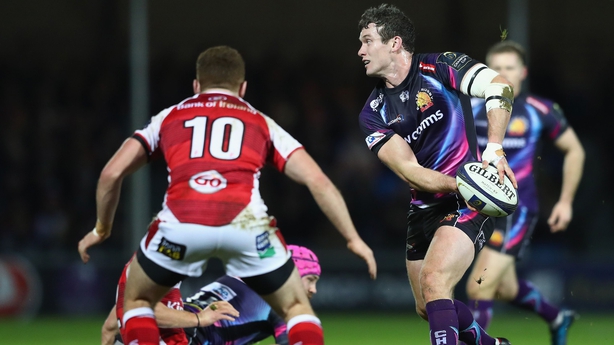 Falcons stormed out of the traps at Kingston Park to send the table-topping Chiefs crashing to their first loss in eight games.

Chiefs responded with second-half effort from Sam Simmonds, Olly Woodburn and Toby Salmon replied, but it wasn't enough and their lead at the top was trimmed to five points, after Saracens' defeat of Wasps. The Falcons are up to sixth.

GALLERY 📸 Some of the best pictures from this afternoon's win over Wasps 🔴⚫️ pic.twitter.com/6O3BaYSH0d

Sarries had to go to the well to see of Wasps, for whom prop Marty Moore came off the bench on 38 minutes in place of Jake Cooper-Woolley.

Chris Wyles, Alex Goode and Schalk Burger went over in the first half-hour to leave the visitors 18-3 up but Wasps were given a shot in the arm when Burger and Owen Farrell were both sent to the bin within a minute of each other.

Two Willie Le Roux tries made a game of it but Sarries pulled away again in the second half as Goode and Ben Spencer killed off the fightback.

Donnacha O’Callaghan captained Worcester Warriors and played the full 80 of their home tussle with Bath, but it ended in a 46-25 loss.

Rhys Priestland's two penalties set the tone for the visitors and Paul Grant's try left them 13-6 ahead at the break.

Matt Garvey, Anthony Watson, James Phillips, Kahn Fotuali’i - with two - piled on the misery for warriors when the action resumed.