Sophie Spence has called time on her international career after failing to make the 38-player squad for the forthcoming Six Nations.

The 30-year-old has been part of the Irish senior set-up since 2012, but was a notable omission from head coach Andrew Grigg’s squad announced earlier today.

The second row said the exclusion has fast-tracked her decision to retire.

"It is with regret that I am announcing my retirement. I had hoped to finish my career after playing in one last Six Nations, but it is not to be.

"I have been incredibly proud to pull on the Irish jersey and to play for Ireland alongside such talented team mates."

Spence was part of the Irish team for the recent Women's Rugby World Cup, with her try proving the clincher as Ireland beat Australia in the pool stages.

The forward was also an integral part of Ireland’s most successful women’s rugby team ever, helping them to win two Six Nations tournaments as well as being part of the team that recorded a historic win over New Zealand in the 2014 Rugby World Cup.

In 2015 Spence was a nominee for the World Rugby player of the year, RTÉ Sportsperson of the Year and was named the Guinness Rugby writer’s Player of the Year.

Spence has a BSc Sports Coaching Science degree and an MSc In Sports Psychology and is keen to stay involved in the game, ideally as a coach. She also added that she hopes the relatively young sport will continue to develop in this country.

"The women’s game is at a critical junction and I hope to see it driven forward and to receive equal level of respect and treatment of players as the men’s game," she said.

"We need development of the game at underage and U20 level. Through the Rugby Academy that I run across the country I see that the appetite is there, we just need to give young girls the opportunity to learn and develop their skills in the sport" 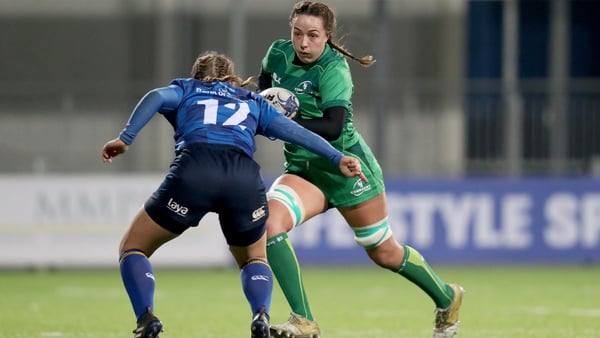